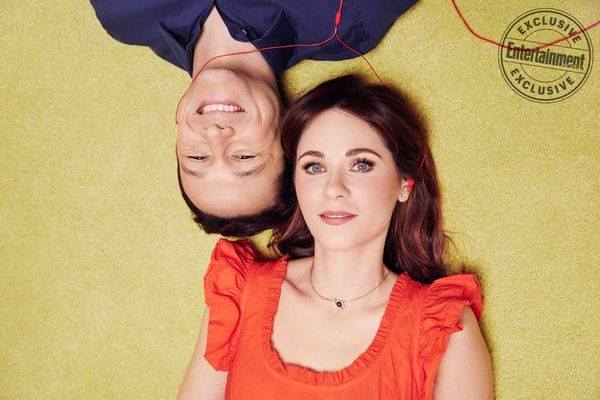 Zooey Deschanel and Joseph Gordon-Levitt’s indie rom-com 500 Days of Summer was an instant classic when it debuted back in 2009. Now, 10 years after the film’s release, Entertainment Weekly has brought the two stars back together to rewatch and reflect on the movie for EW‘s first-ever Romantic Comedy special issue, which hits stands on Friday, February 8, just in time for Valentine’s Day.

A refresher, in case it’s been awhile since you last saw the film: Gordon-Levitt plays Tom Hansen, a greeting card writer who falls hopelessly in love with Summer Finn (Deschanel). Summer says she doesn’t believe in true love, though, and she eventually breaks up with Tom, leaving him to obsessively reflect on the 500 days they spent together to try to figure out what went wrong.

“This is a movie with zero dramatic irony. Zero,” Deschanel said while chatting with Gordon-Levitt about the film for EW. “It is 100 percent from Tom’s point of view, which we’ve talked about before, but it’s one thing people very much misunderstand about the movie. They think Summer’s a villain.”

She went on to point out that Summer is upfront about her feelings and opinions throughout the film, but because the story is told from Tom’s perspective, he’s made out to be a more sympathetic character.

Entertainment Weekly‘s Romantic Comedy-themed issue also features a reunion of the stars from My Best Friend’s Wedding, including Julia Roberts, Dermot Mulroney, Cameron Diaz, and Rupert Everett. Check it out on newsstands this Friday, February 8.

Have you watched 500 Days of Summer recently? Let us know what you think of it now @BritandCo!

(photos via Ramona Rosales for EW)