10 Shows + Movies for a Winter Weekend 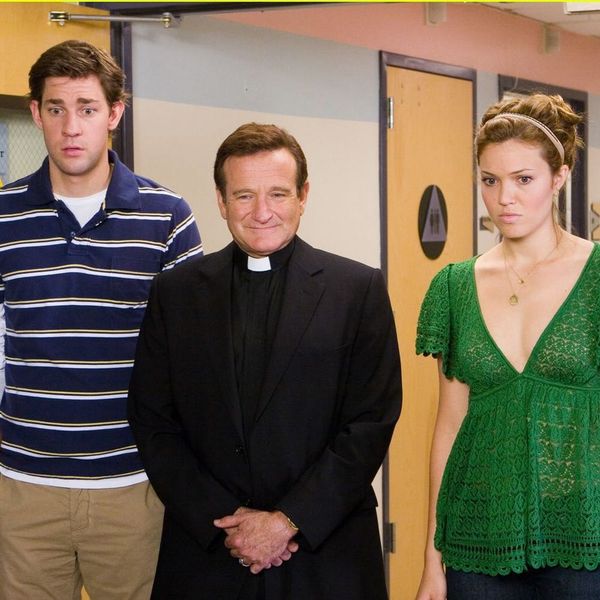 It’s going to be a blustery weekend. No matter where you are, everybody in the country is battering down the hatches for the last shopping weekend before Christmas. But, if you’re anything like us, you refuse to spend any more time outside in the cold than absolutely necessary. So if you’ve still got shopping left to do, do it all online. And then celebrate by cuddling up with these 10 shows and movies.

1. Versailles on Netflix: See how scandal followed Louis XIV’s controversial reign from the palace of Versailles. If nothing else, just watch it for the beautiful costumes and sets. (Photo via BBC)

2. Barry on Netflix: Before Barack Obama was president, he was just a student at Columbia in New York City. Watch it to avoid the fact that we have to say goodbye to him in just a few weeks. (Photo via Netflix)

3. Madonna: Rebel Heart Tour on Showtime: No matter how you feel about Madonna’s music, it’s undeniable that she is one of the world’s greatest entertainers. Watch her latest tour and marvel at her constant reinvention. (Photo via Madonna)

4. Mozart in the Jungle on Amazon: If anybody ever tries to tell you that classical music is boring, you need to point them straight to Mozart in the Jungle. The very funny show just released its all-new third season, and it will make you completely rethink symphony orchestras. (Photo via Amazon)

5. License to Wed on HBO: Robin Williams plays a reverend who puts fiances, played by Mandy Moore and John Krasinski, through the ringer before he marries them. (Photo via HBO)

6. Love Is Strange on Amazon: This 1999 rom-com follows a judge with snappy retorts as she undergoes chemotherapy and takes time to reassess all of the relationships in her life. (Photo via Hearst Entertainment)

7. The Expanse on Amazon: Set 200 years in the future, this show about the hunt for a missing woman quickly escalates into a gigantic conspiracy theory. It’s perfect if you’re a fan of twisting and gripping plots. (Photo via Syfy)

8. The Man in the High Castle on Amazon: The second season of the show that imagines what would happen if the Allied Forces had lost WWII just landed on Netflix. Binge through the all-new season and join the resistance. (Photo via Amazon)

9. Teen Mom on Hulu: GUILTY PLEASURE ANNOUNCEMENT: ALL-NEW EPISODES OF TEEN MOM ARE NOW AVAILABLE ON HULU. You can pretend you didn’t read that or you can head over and watch every single new episode right this second. (Photo via MTV)

10. Chill With Bob Ross on Netflix: Get in the wintry spirit with Bob Ross. This new Netflix show has got all of the trappings of classic Bob Ross, just set in the coldest season of the year. (Photo via Netflix)

What else have you been watching lately? Let us know @BritandCo!