Cuddle Up With 10 Binge-Worthy Shows + Movies This Weekend 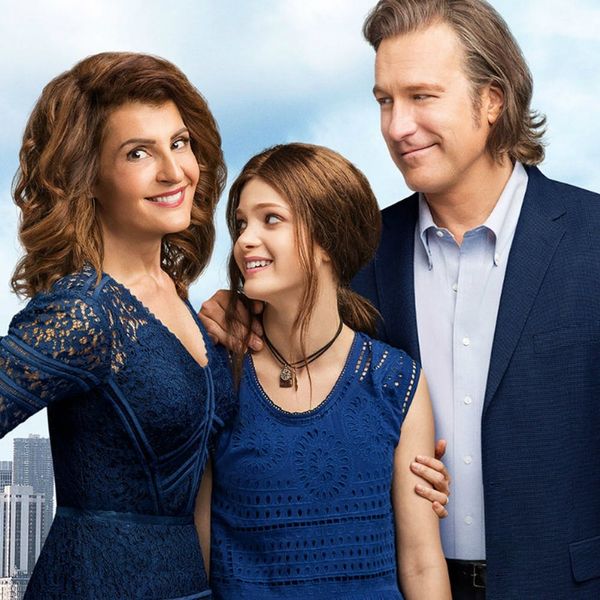 Every second counts this weekend. As we reach the home stretch of holiday shopping season, you’re probably running wild about town, trying to cross every person off your list. We get it. But we also wholeheartedly believe that everybody needs to be taking time out to just reeeeeeelax and enjoy the season. So make a cup of hot cocoa, find your warmest blankets and snuggle up with these 10 shows and movies, ready for immediate streaming. (Just make sure you have time to buy us a present to thank us for this list.)

1. Fuller House on Netflix: It’s the Tanner family reunion part two. Tune back in for the second season of the ultimate ’90s revival show. (Photo via Netflix)

2. Harry and the Hendersons on Netflix: Family isn’t just the people you’re related to by blood. It could also be the mythical animal residing in your living room. (Photo via Universal Pictures)

3. Elizabeth: The Golden Age on Amazon: Cate Blanchett and Geoffrey Rush star in this film about Queen Elizabeth I as she ruled a country, battled Spain and endured doomed love affairs. (Photo via Universal Pictures)

4. P.S. I Love You on HBO: There’s not much that we can say about this one except: PACK YOUR TISSUES. Hillary Swank plays a widow who received a series of posthumous letters from her husband. (Photo via Alcon Entertainment)

5. Apocalypse Now on Hulu: This 1979 adaptation of the lit classic Heart of Darkness starred Marlon Brando and Martin Sheen. It won two Oscars when it came out and remains a classic piece of war cinema. (Photo via Zoetrope Studios)

6. Reservoir Dogs on Hulu: This was Quentin Tarantino’s first film and it boldly announced his arrival on the scene in 1992. It’s about a gang of jewelry thieves who try to uncover which among them is acting as a police informant. Just watch it for the killer soundtrack, if nothing else. (Photo via Live Entertainment)

LAUGHTER IS THE BEST MEDICINE

7. National Lampoon’s Animal House on Netflix: If you haven’t seen this classic college comedy, now’s your time. The hijinks, ragers and 0.0 GPAs are the stuff of university legend. (Photo via Universal Pictures)

8. Honey I Shrunk The Kids on Netflix: Throw it back to childhood with this flick about a man who accidentally shrinks his (and the neighbor’s) kids. (Photo via Buena Vista Pictures)

9. My Big Fat Greek Wedding 2 on HBO: One of the most highly anticipated sequels of all time gave the Portokalos family an even bigger and even Greeker wedding, with another generation. (Photo via Gold Circle Films)

What else are you doing this weekend? Let us know @BritandCo!