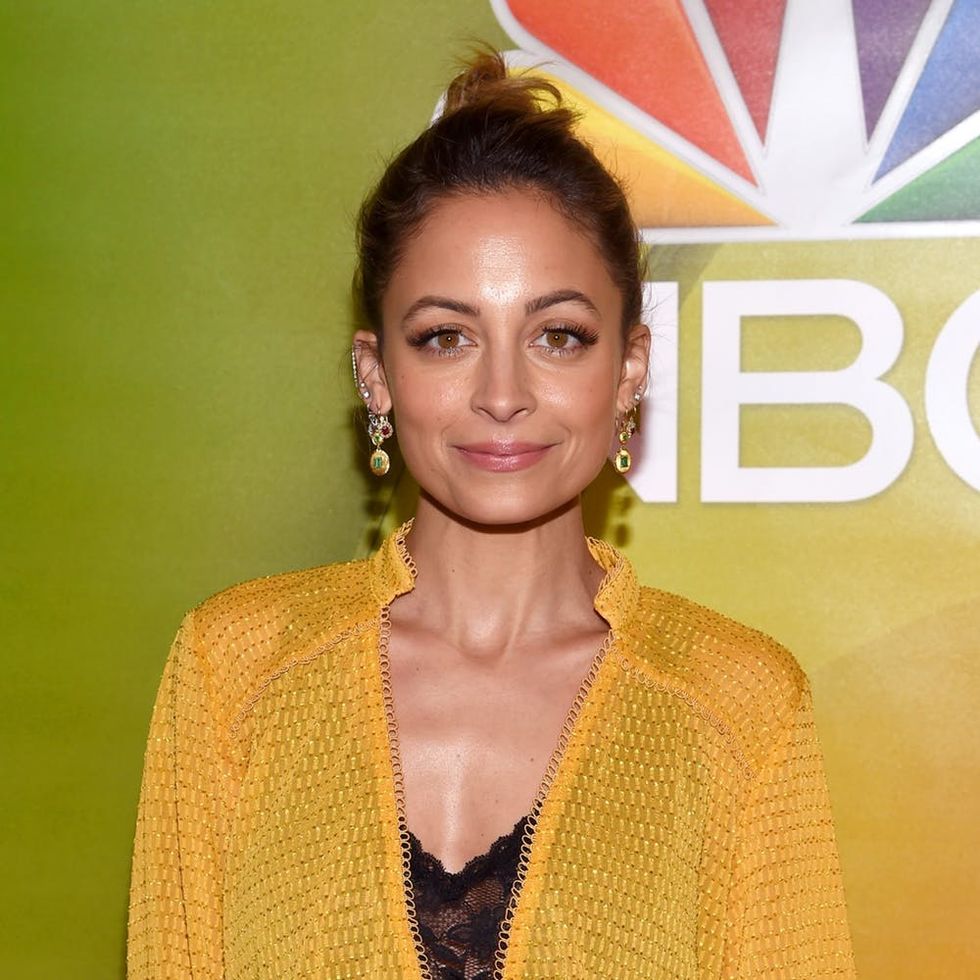 Come Cinco de Mayo, many folks want to celebrate the heritage and culture of Mexico, with DIY margaritas, tacos, piñatas, and the like. For several famous faces in Hollywood, the celebration of Mexican culture extends far beyond May 5, however — they celebrate their heritage all year round. You’re likely aware that celebs such as Salma Hayek, Selena Gomez, and Eva Longoria have roots in Mexican heritage, as they speak about it in the press frequently, but there are a few other celebs who have reason to celebrate today, as well. Here are some celebs you may not know have Mexican heritage.

1. Uma Thurman: Perhaps the most surprising on our list is Uma Thurman. Thurman’s mother was born in Mexico City, Mexico and spent much of her childhood there. (Photo via Evan Agostini/Getty)

2. Jessica Alba: Alba has penned a piece on how proud she is of her Mexican roots for POPSUGAR. “Growing up in California, in my grandmother’s house, surrounded by tías, tíos, and all my cousins, I always felt a deep connection to my Mexican-American roots,” she wrote. It’s a feeling she hopes to pass down to her children, as well. “I want my girls to embrace their Latina roots, know how much we have contributed to this country, and understand that the road ahead is richer when we acknowledge and embrace our culture.” (Photo via Christopher Polk/Getty)

3. Fergie: Black Eyed Peas singer Fergie is extremely “proud to be part Mexican” — something she gets from her great-grandmother on her father’s side. “I’m one of a growing number of Hispanics in America, but you wouldn’t necessarily know it,” the singer told Glamour. “This is becoming the norm, and it’s the beauty of our melting pot.” (Photo via Jason Merritt/Getty)

4. Demi Lovato: We got a glimpse at Lovato’s heritage when she posted some of her DNA results on Twitter (along with one rather controversial Tweet). “I’m mainly Spanish, with Native American, SCANDANAVIAN (which I had no idea), Irish, British…” the “Confident” singer wrote. But she’s also Mexican, as her father hails from Mexican descent. (Photo via Jesse Grant/Getty)

5. Alexis Bledel: Yup, our beloved Gilmore Girl is of Mexican descent! Though she may spar in English with TV mom Lorelai, when it comes to her real mom, who was a Guadalajara, Mexico transplant from a very young age, it was all Spanish, all the time — Bledel reportedly didn’t learn English until she started grade school in Houston, Texas. (Photo via Bryan Bedder/Getty)

6. Stacey Dash:Clueless star Stacey Dash is half Mexican. “Right now I’m learning Spanish because I never learned it growing up,” she told Latina magazine back in 2011, adding, “It’s important that my children speak Spanish.” She, like Alba, places a great importance on remembering where she comes from. “It’s your culture. It’s who you are. We need diversity,” she said. (Photo via Alberto E. Rodriguez/Getty)

7. Nicole Richie: Nicole Richie was adopted at a young age by Lionel Richie, but her biological father, Peter Michael Escavedo (the brother of singer Sheila E.), is Mexican. As aunt Sheila E. told Latina magazine, Richie didn’t grow up speaking Spanish, but “She knows what she is…It’s in her blood.” (Photo via Dimitrios Kambouris/Getty)

8. Kat Von D: Kat Von D is native to the country that gave us our obsession with margs, having been birthed in Montemoreles, Nuevo León, Mexico, where her dad was working as a missionary doctor. Her family came to America when Von D was just a child, but she hasn’t forgotten her history, sharing her story in light of the wall President Trump announced plans for post-election. “Funny to think I didn’t know a word of English then,” she wrote on a childhood photo of herself. “And it would be another 10 years before I become a US citizen.” (Photo via Jack Taylor/Getty)

9. Lupita Nyong’O: While some have disputed Nyong’O’s right to claim Mexican heritage despite being born in the country, as she left before her first birthday, it’s one that she claims proudly, having returned to the country at 16 to learn more about its culture. “I am Mexican and Kenyan at the same time,” the Oscar-winner declared on the red carpet. “I have seen they are fighting over my nationality, but I insist I am Mexican-Kenyan and I am fascinated by tacos with roasted meat.” Case. Closed. (Photo via Jason Merritt/Getty)

10. Hilary Swank: The Oscar-winner’s grandmother on her mother’s side, Frances Martha Dominiguez, was of Mexican descent, and she’s proud of her heritage. (Photo via Frederick M. Brown/Getty)

Which celeb’s Mexican heritage surprised you the most? Tell us over @BritandCo.

Nicole Briese
Nicole is the weekend editor for Brit + Co who loves bringing you all the latest buzz. When she's not busy typing away into the wee hours, you can usually find her canoodling with her fur babies, rooting around in a bookstore, or rocking out at a concert of some sort (Guns N' Roses forever!). Check out all her latest musings and past work at nicolebjean.com.
Cinco de Mayo
Current Events
Cinco de Mayo