15 Modern Day Things We Have William Shakespeare to Thank For 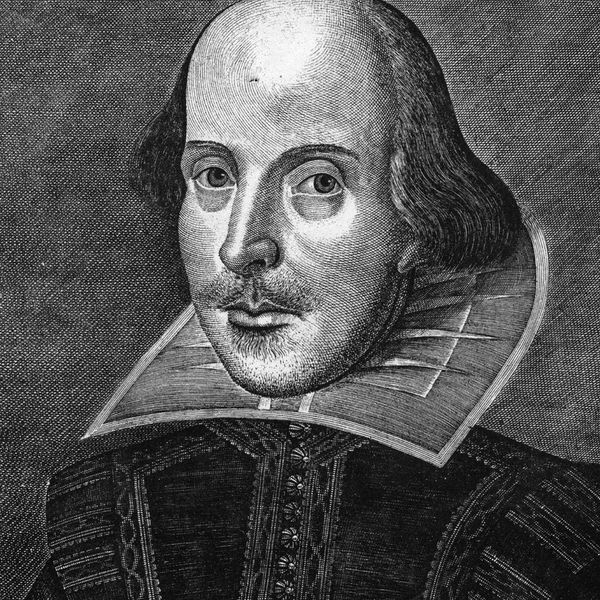 History buffs may be aware that it was on this very day in April that William Shakespeare, thought by many to be *the* greatest writer in the English language, both entered the world (1564) and left it (1616) (kinda’ freaky, no?), thus making today the 400th anniversary of his death. Since then, the prolific author has continued to touch our lives in nearly every aspect of our pop culture-addled existence, from the movies we love, to the things that we say, right down to the swag we carry. And so, in honor of his legacy, check out this list of some of our all-time favorite things inspired by the literary great.

1. Romeo and Juliet: Long before Leo was an Oscar-winningenvironmental heavyweight, he was playing the ultimate young star-crossed lover opposite Claire Danes in Baz Luhrmann’s now classic 1996 adaptation of William Shakespeare’s Romeo + Juliet.

2. 10 Things I Hate About You: It was *this* modern day remake of Taming of the Shrew that caused us to collectively fall in love with the late Heath Ledger (we miss you, Heath!) *sad face emoji *

3. The Lion King: We had no idea that this Disney classic was actually based on Hamlet but we totally see the parallels now— a slain king? An evil family member? A rightful heir waiting to claim his throne? It’s all starting to come together.

4. She’s the Man: Amanda Bynes was in her acting prime in this Twelfth Night mod, complete with the story’s main themes of gender-swapping and disguise — a classic hallmark of Shakespeare.

1. “Heart of Gold:” This isn’t just the title of one of Neil Young’s biggest hits — it’s a line straight outta Henry V.

2. “Wear Your Heart on Your Sleeve:” Originally penned as “wear my heart upon my sleeve,” this one first appeared in Othello.

3. “Kill ‘Em With Kindness:” Derived from the simplified version of “kill with kindness,” this was lifted from Taming of the Shrew.

4. “Knock Knock! Who’s There?:” That’s right, B+C-ers, we have Mr. Shakespeare himself to thank for all those years of knock knock jokes, as it comes to us directly from Macbeth. Who knew?

5. “Love Is Blind:” It sure is, and no one knew it better than The Merchant of Venice.

1. “Love Story,” Taylor Swift: Taylor’s re-write of Romeo and Juliet just may be one of her biggest hits to date, and she even honored the original author by donning this Elizabethan dress during her performance of the song on the 2009 “Fearless” tour.

2. “Exit Music for a Film,” Radiohead: Like Tay, Thom Yorke too was a fan of Romeo and Juliet, and based his 1997 song on the play.

3. “Limelight,” Rush: Using As You Like It as a reference, Rush opened its hit song “Limelight” with the lyrics “all the world indeed’s a stage and we are merely players” — lines straight from the horse’s mouth.

4. “Ophelia,” The Lumineers: Named for a character in William’s Hamlet, the lyrics to this Lumineers tune are also, erm, loosely familiar.

5. “Don’t Fear the Reaper,” Blue Oyster Cult: Widely thought to be a nod to Romeo and Juliet, this timeless jam is a celebration of love eternal.

What favorite Shakespeare-inspired piece do you love most? Let us know @BritandCo!