5 Big-Time Netflix Collaborations to Add to Your Queue 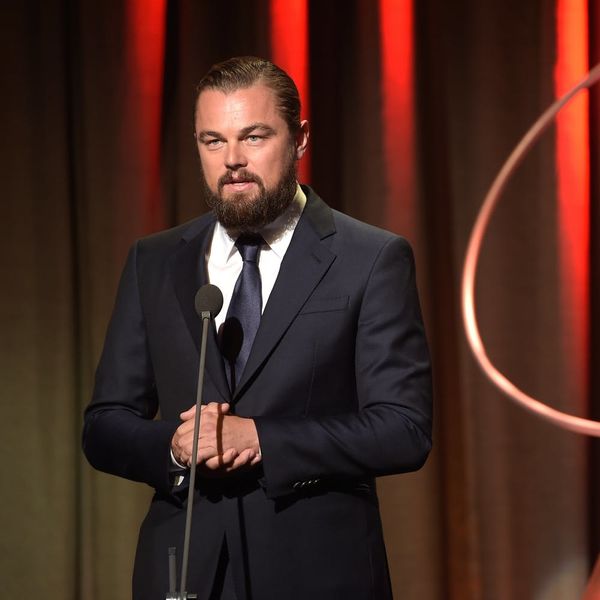 We’re so glad House of Cards is back, and if it isn’t totally apparent after watching Tina Fey’s Netflix Original Unbreakable Kimmy Schmidt, the streaming service knows what it’s doing in the way of collaborations. But there might be a couple of things Netflix has brewing that you don’t know about. And lest you be left in the dark while everyone else is basking in the glow of their televisions, once you’re finished watching Frances and Claire make epic power plays (what?! you haven’t finished season three yet?!), see what else Netflix is up to in the way of collaborations.

1. Leonardo DiCaprio’s Documentaries: We’re trying to contain our excitement over this news, but we can’t help but let out a squeal. DiCaprio and his production company, Appian Ways, signed on for non-fiction projects with Netflix over the next few years. Netflix has been looking to create documentaries with focus on environmental themes. And considering DiCaprio worked with Netflix late last year on Oscar-winning Virunga, it only seems natural that he would continue working with them on more environmentally themed documentaries. (h/t Business Insider, Photo via Michael Loccisano/Getty)

2. Marvel Netflix Series: Tired of waiting for The Avengers: Age of Ultron? We are too. But what’s a better way to pass the time than to watch more Marvel? Even if you haven’t followed Marvel’s stories too closely, the series is trying to target both hardcore Marvel fans and those who don’t know who Iron Man is. Marvel’s Netflix series will be released on April 10. (Photo via Alberto E. Rodriguez/Getty)

4. Roku’s 4K Content: Roku has the widest selection of entertainment to fulfill all your TV and movie streaming dreams. And Roku is planning to provide 4K ultra HD streaming from their platform, but in order to get that super high def experience to their users, Roku partnered up with 4K content pro, Netflix. (h/t IPTV News)

5. Unbreakable Kimmy Schmidt: Even though this Netflix collab has already been released, we couldn’t help but include it. If you haven’t heard, Tina Fey’s comedy Unbreakable Kimmy Schmidt is about a young woman who was living in an underground apocalypse cult and was taken into New York City. Now she is trying to learn to be normal and catch up on everything she feels she missed out on. We’ve watched every episode, and trust us when we say Netflix was spot on when partnering with Fey.

Stephanie Chon
As a spoken word fanatic, Stephanie enjoys journaling about her day using imperfect rhymes. In her free time, she likes to dance, watch random episodes of How I Met Your Mother and play her ukulele.
Netflix
Tech
Netflix
More From Tech