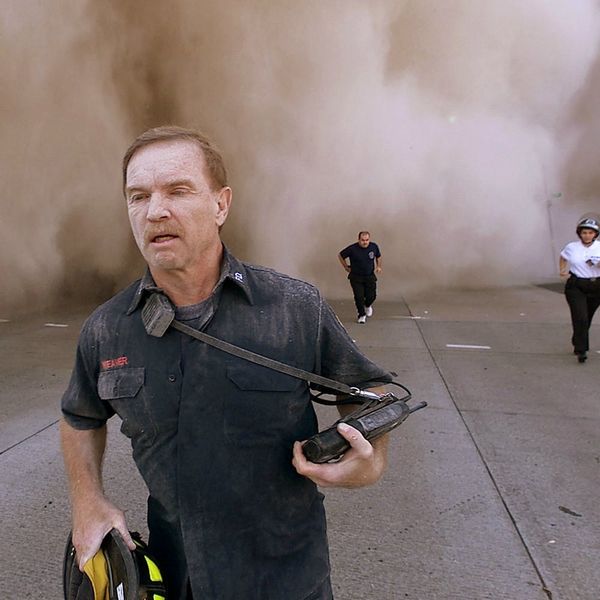 The death toll from the attacks on September 11, 2001 is usually reported as 2,996, but thousands more have suffered greatly in the years since. An astonishing 43,000 people have been certified by the World Trade Center Health Program of having chronic illnesses related to the attacks.

That figure includes people with health conditions that are believed to have come from exposure to the toxic debris surrounding Ground Zero and/or the trauma of having survived the tragedy: cancer diagnoses, COPD, chronic gastro-intestinal issues (including gastro-esophageal reflux disease, which can cause painful flareups and limit people’s ability to eat or perform regular tasks), and a number of mental health disorders. Children of those who died in the attacks are vulnerable to a lifetime of trauma-induced mental health issues, and are also included in this number.

Firefighter Rob Serra was just 21 and a day out of his academy when he spotted the twin towers on fire. As he told NBC, he didn’t know what to do other than call his crew and head toward the flames. First responders spent days getting through the wreckage, covered in a thick white dust which they subsequently learned was made up of concrete, asbestos, glass, lead and other toxic, cancer causing chemicals.

“I do remember thinking that this is probably going to kill me,” Serra said.

17 years later, Serra says he has deep scar tissue inside his sinuses from the dust, and is showing signs of neurological damage that includes trouble walking. He fears he will get cancer.

He has a right to be worried. According to doctors at Memorial Sloan Kettering, 9/11 first responders have an increased risk of having Multiple Myeloma, a fast-moving and often deadly form of cancer that destroys white blood cells. 9/11 survivors are twice as likely to develop the disease than the general population, and are also likelier to get it at a younger age.

As of June, 2018, 9,375 people have been diagnosed with 9/11-related cancers, and since the attacks, at least 15 first responder men have been diagnosed with breast cancer. There have been studies published that show increased cancer rates for the people who were closest to New York’s Ground Zero, with esophageal cancer, lung cancer, and mesothelioma being the most prominent. Earlier this year, researchers noted that this number will increase well beyond “normal” cancer rates, with a projected 2,960 more cancer diagnoses on top of the nearly 10,000 already seen in NYFD and other first responders.

Fire, police, and ambulance workers were not the only people affected, however. In the days after the attack, students and people working near Ground Zero were assured by the Environmental Protection Agency that it was safe to return to work and school. It was not.

In fact, the CDC lists over 100 diseases and possible secondary cancer sites as 9/11-related diseases covered by the World Trade Center Health Program. The program is set to be funded for nearly 60 more years, but the true impact of the attacks is still unknown.

Kat Armstrong
Kat has been a writer, social media maven and mom for longer than she's willing to admit. She's also spent time in front of and behind the camera, interviewing celebs, politicians and acting as a producer for fashion and artistic photography shoots. When she isn't writing for various orgs and publications, she's hanging with her kids, husband and French Bulldog, Peter, in Toronto, Canada.
Mental Health
Current Events
Mental Health Politics
More From Current Events