This Is What PTSD Looks Like for Sexual Assault Survivors 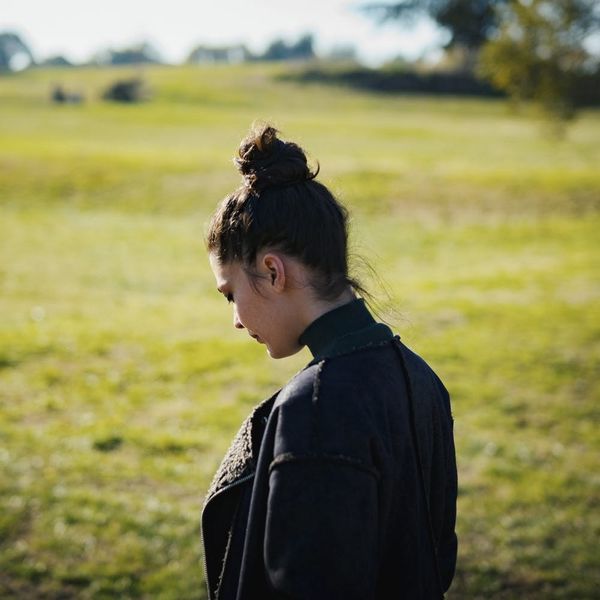 For survivors of sexual assault, the odds of developing post-traumatic stress disorder (PTSD) are high: Up to 94 percent experience symptoms during the first two weeks after the incident, and up to 50 percent may struggle long-term. For these survivors, day-to-day events — like triggering news about sexual assault — can hit especially hard. And like any mental health issue, PTSD can be debilitating. Whether you’re trying to support a sexual assault survivor or just seeking to understand the #MeToo movement more clearly, here’s what you need to know.

Why is PTSD common in sexual assault survivors?

PTSD is commonly associated with combat veterans, but around 50 percent of PTSD cases in the US develop in the aftermath of sexual or physical violence. (Despite the high number, it’s important to recognize that some sexual assault survivors feel “okay” afterwards, and that’s equally valid.)

“Being sexually assaulted or abused is such an invasion of our body, personal space, and safety,” says Kandee Lewis, executive director of The Positive Results Corporation. “People often can’t move past that point.”

Psychotherapist Akiami McCoy, LCSW, LCSW-C, explains that PTSD is more common among survivors who felt that their lives were in danger during the assault. “The brain does not perform well for a victim during a sexual assault,” says McCoy. She explains that this is because the “fight or flight” response kicks in. “Unfortunately, most victims are overpowered and they can do neither. They may instead disassociate themselves from the act, and that’s where the mind escapes the body until the assault is over.”

Because dissociation is common among sexual assault survivors — during and after the event — a 2015 study looked into, and found, strong links between dissociation and PTSD. Other factors that put a survivor at higher risk for PTSD include previous mental health issues like anxiety and depression, and not having a strong support system.

What are the symptoms of PTSD?

“While all survivors react differently, there are three main symptoms of PTSD,” Lewis tells us. These are conceived of as three groups of related symptoms: “re-experiencing,” “avoidance,” and “hyperarousal.”

Lewis explains that re-experiencing is “feeling like you are reliving the event through flashbacks, dreams, or intrusive thoughts”; avoidance refers to “intentionally or subconsciously changing your behavior to avoid scenarios associated with the event or losing interest in activities you used to enjoy”; and hyperarousal means “feeling ‘on edge’ all of the time, having difficulty sleeping, being easily startled, or prone to sudden outburst.”

Hyperarousal brings out fight-or-flight mode, with activity occurring in the same part of the brain that’s active during trauma. Physical symptoms include tense or painful muscles, a result of the body preparing to fight or to flee. Hyperarousal occurs because, as psychotherapist Brennan C. Mallonee, LMHC, explains it, PTSD puts the brain on high alert for danger. “The difficulty with PTSD is that the level of reactivity may prevent you from reengaging in the kind of life you’d like to have,” she says. “The brain sees every day as a minefield to navigate and the people around you as potential threats.”

At some point, the brain might become overloaded by these perceived threats and shift into avoidance. Thus, these three primary symptoms often interact in a vicious cycle; avoidance clears the way for re-experiencing thoughts, which in turn can trigger hyperarousal.

How Does PTSD affect daily life?

The #MeToo movement has shed some light on how common sexual assault really is. That’s especially heartbreaking when you understand the life-changing nature of this trauma.

“The way a person thinks, walks, talks, and engages is divided into ‘before assault’ and ‘after assault,’ and they are never the same,” says Lewis. “There will never be a day that that person feels like themselves, the ‘before’ self.” Lewis points out that in the “after” phase, a whole slew of negative emotions might come calling: depression, anger, guilt, shame, distrust, and all their mean little friends.

After trauma, things that once seemed normal might become impossible because of the symptoms described above. If a survivor becomes triggered by the news, or a scene in a movie, or a knock on the door, they might be thrown into re-experiencing the trauma, perhaps even dissociating as they did during the event.

Some survivors might not fully understand their triggers because of dissociation. “During a crisis, the brain is working to encode the violent event in order to store it as a memory,” explains McCoy. “Unfortunately, encoding does not happen the way it would normally after the event is over. The victim may only be able to recall what they set their mind on until the act was over. That may be a picture on a wall, the trash on the floor, the spot on the ceiling…” These distractions, too, might later resurface as triggers.

How does PTSD affect dating?

One of the toughest things for survivors to come to grips with is the impact of the trauma on their sexuality. “Living with PTSD typically includes recognizing that the traumatic experience has changed you,” says certified sex therapist and owner/founder of Vantage Point Counseling Services in Dallas, Michael J. Salas. “It is true that you don’t completely lose yourself, but many things will shift as a result… opinions, perspectives, and even personality.”

Salas says that he asks survivors to identify when they first realized, after the trauma, that they were safe. “Many will say that they never had that realization,” he explains. As a result, any subsequent sexual encounter might feel unsafe to a survivor.

Says Mallonee, “A lot of survivors have difficulty feeling sexual pleasure or describe feeling numb or unable to really be present when they’re with a partner.” She explains that this is particularly tough on relationships that existed before the assault. “Even supportive partners don’t always understand, or may feel hurt that sex with them could be triggering.”

But in a new relationship, she points out, survivors face an additional challenge. “It can be difficult to know when and how much to share with potential partners,” says Mallonee. And things become more complicated if the assault was perpetrated by a partner or a date. “Survivors of sexual assault by a partner often struggle to feel safe in a relationship again or to trust anyone they are close with.”

What do you wish people knew about living with PTSD? Tell us about it @BritandCo.