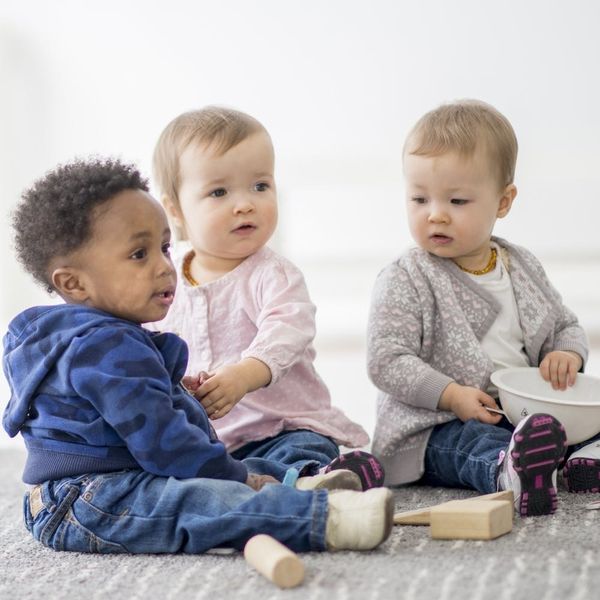 1. Biggest Big Picture Trend — Ultimate PowerNames: Royal, Saint, Augustus, Kylo — those names may have signaled power in 2016, but next year, parents will skip directly to the head of the power line. Yes, we’re talking about God, whose names will be conferred on an increasing number of babies. Expect to meet lots of little deities with names drawn from multicultural mythology: Thor, Persephone, Odin, Freya, Jupiter, Luna, Atlas, Clio, Orion, Morrigan, Pandora and Zeus.

And then there are those babies who are literally named God: There were five boys in 2015, along with five named Yahweh, 20 named Lord, 27 called Savior and 40 baby girls named Goddess. And Messiah, which a Tennessee judge tried to ban five years ago by claiming there was only one, has doubled in popularity. More than 1,500 baby boys were named Messiah in 2015.

Evil power baby names are back too. We foresee more babies named Lucifer, as well as Lilith, a demon of Jewish folklore and Kali, the Hindu destroyer.

2. Pop Culture Influence of the Decade — Literary Names: Naming your child after a favorite literary character gives you a lifetime’s worth of intellectual credibility without having to actually (yawn) crack a book. But there’s power in these baby names too — the power of literature to endure and inspire no matter what’s happening in the world. The most favored names are those that summon the childhood magic of reading, the names of storybook characters such as Eloise, Maisie, Sawyer (for both genders), Matilda, Ramona, Fern, Alice and Holden. Even more upscale: Shakespearean names, from Juliet and Romeo to Cordelia, Ophelia, Cassio, Orlando and even Puck. And then there are authors’ names, last and first: Austen, Bronte, Poe, Wilde and Angelou; Dashiell, Willa, Louisa and Zadie.

3. Crazy Celebrity Trend Most Likely to Catch On — Inspirational Names: When Rob Kardashian and Blac Chyna named their newborn daughter Dream, a baby naming trend was not merely born but launched out into the wider world. Inspirational names have been on the increase for a few years now, and include such positive virtue names as Justice, True and Grace, along with names that suggest serenity such as Pax, Bodhi and Zen. The Puritans used virtue names like Mercy and Patience (both growing in popularity again) to inspire those qualities, and parents today are re-embracing the practice.

4. Most Meaningful Trend — Feminist Heroine Names: We may still be waiting for the first female president, but parents are adopting the first names and sometimes surnames of feminist heroines as honorifics for their daughters and sometimes sons: Ruth (Bader Ginsburg), Ada (Lovelace), Simone (de Beauvoir and Biles), Emmeline (Pankhurst), Bell (Hooks), Eleanor (Roosevelt), Rosa (Parks), Vita (Sackville-West), Zelda AND Fitzgerald, Georgia AND O’Keefe, Frida AND Kahlo, Sojourner AND Truth. Parents are also looking to first and last names of female ancestors on their own family trees.

5. Hottest Vowel — O at the Start: In the recent past, boy names ending in O were the cat’s meow — Milo, Theo, Arlo — and then came girls with that o-sound ending — Harlow, Marlowe, Margot and Juno. Now that vowel has run around to the beginning position and we’re seeing an explosion of baby names starting with O. For girls, the movement has been led by Olivia, the #2 name for two years, followed by Olive and now Ophelia, Octavia, Olympia, Oakley and Oona. For boys, Oliver, Owen and Oscar have been popular and will be followed by Orson, Otis, Omar, Otto, Oberon, Osias, Osiris, Osmond and Oz.

6. The New Conservatives — Prepster Names for Boys: A fresh generation of preppy names for boys reflects the new gang of rich, privileged guys leading the country. Hot and getting hotter is the sophisticated s-ending, as in Brooks, Hayes, Briggs, Yates, Ames, Oakes, Niles and Collins. And then there are the longer, loftier, ancestral-sounding surnames, including Anderson, Winston, Remington, Kensington, Montgomery, Whitaker and Winchester.

7. Longest-Running Revival — Downton Abbey Names: Yes, this addictive Masterpiece Theater British period drama may have ended its six-year run, but its impact on girls’ names will only continue to grow in 2017. The attractive (and not so attractive) members of the Crawley family managed to resurrect some dusty Victorian names and give them new life. We expect to see more of the already-popular Cora and Violet along with Sybil, Rosamund, Edith, Isobel, Daisy, Elsie, Marigold and — perhaps most surprising of all — Mary in the coming year.

8. Trend We Can’t Endorse — Red State Baby Names: If Donald Trump’s surprising win in November’s presidential election is any indication, we’re in for a lot more baby names with unconventional spellings, nontraditional origins and violent references. Our groundbreaking analysis of the large divide in baby names that dominate in Red States vs. Blue States showed the Top 5 names for girls in states that vote red are the individualistic Blakely, Brylee, Kennedi, Kyleigh and Journee, while the Top 5 boys’ names are Kason, Cason, Braylen, Chandler and Lawson. If the political climate is any indication, the next four years will bring more girls named Londyn than Leila and boys called Gunner rather than Theodore.

10. Coolest Nature Names — Water Names: Parents have taken a deep dive into the cool and refreshing pool of names related to water. A trend jumpstarted by River Phoenix and sister Rain, it continues to broaden and deepen, but sans the old hippie vibe. Most prominent are bodies of water — Bay, Lake, Ocean/Oceane, Rio, Brook and especially River for both sexes. But we also predict the rise of related names such as Harbor, Bayou, Aqua, Ford, Marin/Marina and Delta, and specific waterways like Nile, Arno, Hudson and Caspian. Also on the upswing: names with aquatic meanings — Tallulah, Mira and Kai.

11. Name Trend Ready to Jump the Shark — the Ellies and the Addies: A lot of parents start with a nickname they love and work backwards, which is what happened — and happened a lot — over the past decade with names that could be shortened to Ellie and Addie. In the Top 300 are Ella, Eleanor, Eliana, Elena, Elise, Eliza, Addison, Adalynn, Adalyn, Adeline, Adelyn, Adelaide and Adelynn, all of which can and often are reduced to Ellie or Addie. (Ellie herself is also in the Top 50). Adorable nicknames, yes, but there are now enough Ellies and Addies to take the top two spots on the girls’ popularity chart. Meaning: enough.

12. Broadest Trend — Anything Goes on Birth Certificates: For 2017, we foresee a continual broadening of what can be considered a baby name. There will be more word names and place names and unexpected hero names (Bowie took off soon after the singer’s death this year), and every category will be stretched to its extreme. Flower names have already moved beyond Rose and Lily to Zinnia and Azalea, so why not Chrysanthemum or Begonia? If you can fashionably name your baby Bear or God or River, why not Dog or Devil or Deluge? For better or worse, it’s truly a time of anything goes!

What are you naming your 2017 baby? Share your picks with us @BritandCo!