The 2019 Grammy Nominations' Most Surprising Snubs 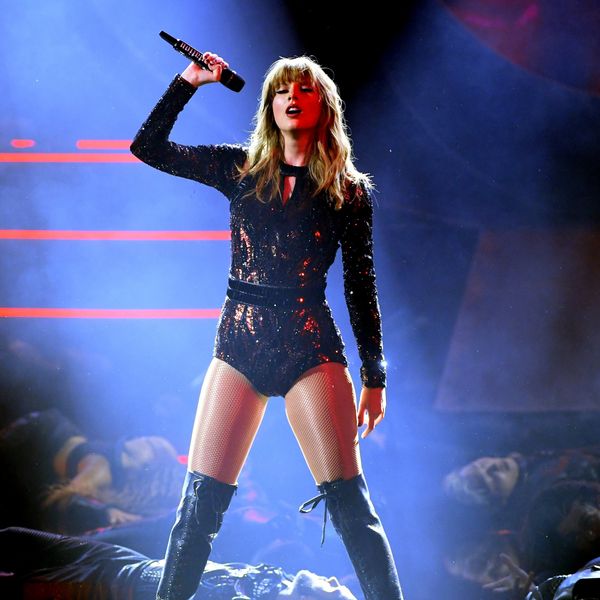 With the 2019 Grammy Awards just over two months away on February 10, the Recording Academy announced the full list of nominees on Friday, December 7. And while some of our favorite artists and bands — like Lady Gaga, Cardi B, Kendrick Lamar, and Drake — earned multiple well-deserved nods, plenty of others were shut out of the major categories or left off the list altogether. Check out this year's most surprising Grammy snubs. (Photos via Getty Images)

Taylor Swift: Over the course of her industry-dominating career, Swift has racked up an incredible 31 Grammy nominations and 10 wins, including two for the Album of the Year. This year, however, she and her sixth album, Reputation, were almost completely shut out of the awards, save for one genre-specific nomination in the Best Pop Vocal Album category. (Photo via Kevin Winter/Getty Images for dcp)

Ariana Grande: Although 2018 was a tough year for Grande personally, her career has never been better. Her new album, Sweetener, featured hits including "No Tears Left to Cry" and "God Is a Woman," and she was recently named Billboard’s Woman of the Year. She has two chances to win a Grammy in 2019 — for Best Pop Solo Performance ("God Is a Woman") and Best Pop Vocal Album (Sweetener) — but she was left out of every non-genre-specific major category. We suspect she'll fare better at the 2020 awards, though, since "Thank U, Next" was released outside of the eligibility period for 2019. (Photo via Rich Polk/Getty Images for iHeartMedia)

Beyoncé and Jay-Z: The Carters have dozens of solo Grammy nominations between them, but their latest joint effort, Everything Is Love, didn't get much love from the Recording Academy. The album was completely shut out of the main awards show categories, earning only genre-specific nominations for Best R&B Performance ("The Summer"), Best Urban Contemporary Album, and Best Music Video ("Apesh-t"). Unfortunately, this isn't the first time they've been snubbed. Bey missed out on an Album of the Year win for Lemonade in 2017, and Jay-Z didn't win a single one of his eight nominations in 2018. (Photo via Larry Busacca/PW18/Getty Images for Parkwood Entertainment)

Camila Cabello: The former Fifth Harmony member released her debut solo album in 2018, to massive commercial and critical success. Her single "Havana" was everywhere this year — except on the list of 2019 Grammy nominations, where it's up for just two awards, Best Pop Solo Performance and Best Pop Vocal Album. We didn't expect to see her in the Best New Artist category, since the Recording Academy has strict rules that tend to disqualify people who rose to prominence earlier in their career, as Cabello did with Fifth Harmony, but it's surprising to see her shut out of big categories like Song of the Year. (Photo via Emma McIntyre/Getty Images for iHeartMedia)

Nicki Minaj: Minaj didn't receive a single nomination for her fourth studio album, Queen. It's the first time she's ever been totally overlooked by the Recording Academy in an eligible year. (Photo via Stuart C. Wilson/Getty Images for MTV)

Justin Timberlake: A nod for Best Pop Duo/Group Performance with Chris Stapleton, for their song "Say Something," was all that Timberlake managed to take away from this year's Grammy nominations. He may be the Man of the Woods, but it doesn't look like he'll be the man of the 2019 awards season. (Photo via Kevin Winter/Getty Images for iHeartMedia)

Kesha: Although Kesha didn't release an album in 2018, she did release the Ruth Bader Ginsberg-inspired track "Here Comes the Change," which she wrote and recorded for the Ginsberg biopic On the Basis of Sex. It dropped just before the end of the eligibility period, but unlike fans, the Recording Academy wasn't swayed by the song's powerful message. (Photo via Michael Loccisano/Getty Images for Country Music Hall Of Fame)

Travis Scott: This year was a big one for Scott, what with the success of Astroworld, but the Recording Academy mostly overlooked the album, which was made specifically with Grammy voters in mind. Although he earned a nomination for Rap Album of the Year — a category that also includes Cardi B, Nipsey Hussle, Pusha-T, and the late Mac Miller — he was shut out of the main categories. (Photo via Theo Wargo/Getty Images)

The Greatest Showman: It was a stellar year for movie soundtracks like Black Panther and A Star Is Born, which not only earned spots in the Best Song Written for Visual Media category, but also scored nominations for Album, Song, and Record of the Year. The Greatest Showman soundtrack — which, admittedly, has been out longer — outsold both albums, but it wasn't included in the Record of the Year and Song of the Year categories alongside the others. (Photo via Niko Tavernise/Twentieth Century Fox)

Kanye West: Although he made plenty of headlines for his personal life and political views in 2018, Kanye apparently didn't make much of an impression on the Recording Academy with the release of his album Ye. The record didn't earn a single nomination, but West was recognized in the best non-classical producer category. (Photo via Neilson Barnard/Getty Images for adidas)

Desiree O
Desirée O is a ‘Professional Bohemian’ who loves anything and everything related to the arts, entertainment, and pop culture. She ADORES being a ‘Newsy’ for Brit + Co, covering all of the latest tidbits of awesomeness that you want to read about. When she’s not writing, she’s either making messy art, going on long adventurous walks with her camera, or poking around over at bohemianizm (http://www.bohemianizm.com/). You can find out about Desirée O and her work at http://DesireeO.com/ or follow her on Twitter @DesireeO.
Grammy Awards
Music
Grammy Awards Music Awards Shows
More From Music