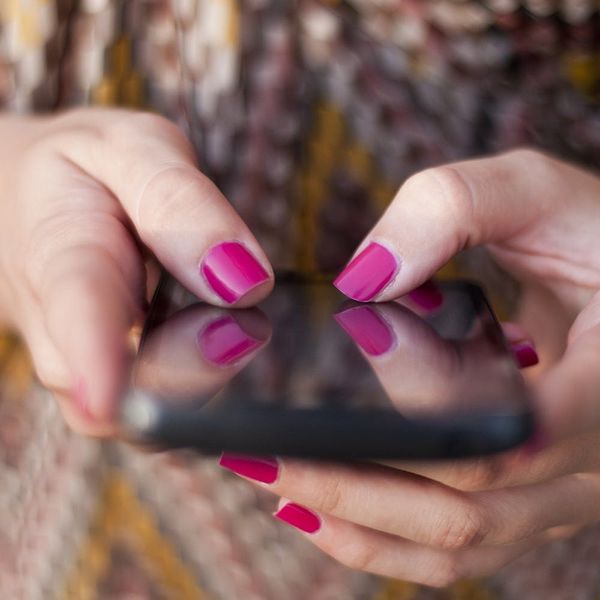 Many of us are guilty of spending far too much time on our phones and not enough time on the things in life that really matter — like other people. Relationships can often suffer because one person (or both people!) uses tech too much instead of spending quality time with the other person. But saying you want to spend less time on your phone and actually doing it are two different things. Luckily, we’re here to help.

SONOS, the company famous for their fancy home audio systems, recently did a global study — 30,000 people around the world — and got some pretty interesting results. According to the study, 71 percent of Americans reported a shortage of meaningful conversations at home, while 54 percent said their households spend more time interacting with technology than with each other. And 86 percent said that they’d like to spend more time doing activities in-person with family and friends. If any of these sound like you, don’t give up hope! Here’s some ways you can remedy your problems.

1. Turn up the music. This may seem counterintuitive — why would you turn the music up if you already aren’t hearing each other enough? Well, when people listen to music together, they tend to spend more time together; SONOS’s study showed that people who live together and listen to music together eat more meals per week together, a practice that’s already known to strengthen the bonds between people.

2. Turn off the offending electronics. Obvious? Maybe. But that doesn’t make it any less valid. Many households have a no-phone rule during certain times, like meals or even movie night. More and more employers nowadays are encouraging their employees to take “productivity hours” in which they turn off their phones and step away from their inboxes. Being untethered allows for easier conversation with your fellow humans.

3.Just ask. Oftentimes, we want to connect with the people we live with, but don’t want to bother them by asking. Just ask! It doesn’t have to be an attack like, “You spend too much time on your phone!” — it could be something as simple as, “Hey, I’ve been wanting to spend some time with you. Is now a good time?” Chances are, you really won’t be a bother. And the worst they could do is say no, right?

How do you combat too much screen time at home? Tell us your tricks @BritandCo!

Shea Lignitz
Shea can be found in the nearest bookstore or brewery, exploring the great outdoors, or blasting Led Zeppelin. She grew up in the cold and rain of Northern California's redwoods but is currently wandering around Texas.
social media
Tech
social media Tech News
More From Tech