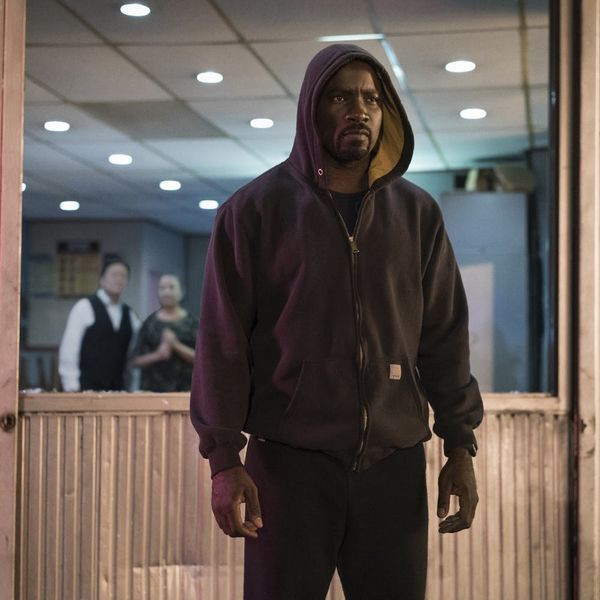 Dear Netflix, You are killing it lately. For any fans of superheroes, there has been no shortage of great material released over the past year. We’re looking at you, Luke Cage. For those who immediately binged through the entire thing since its release last week, we’ve got five more shows to keep the superhero kick going until there’s another season of the man with unbreakable skin. For those who haven’t finished, we promise, no spoilers. Just bookmark this page for later.

Matt Murdock was blinded in a childhood accident, but that only helped him grow his other crime-fighting abilities. The show, like Luke Cage is set in NYC and follows the hero as he uses his superhuman skills to keep his neighborhood safe. It’s ready to watch on Netflix. (Photo via Netflix)

Jessica Jones used to be a superhero. But then she lost her abilities and became a dark private investigator. But if all you want is more Luke Cage, he has a, ahem, *significant* role in the series. You can watch the first season now on Netflix. (Photo via Netflix)

IF YOU LIKE NEW YORK CRIME FIGHTERS, WATCH GOTHAM

his one’s basically a prequel to what we already know about Batman. The series follows NY detective James Gordon as he tries to solve the murder of Bruce Wayne’s parents and move up the ladder to become police commissioner. You can watch the show’s two suspenseful seasons on Netflix. (Photo via FOX)

This Sundance original takes the superhero trope and adds lots of depth. It follows a superhuman creatures known as “Hairypeople” as they seek refuge among the humans who are trying to kill them. It’s philosophical and supernatural, but with plenty of superhero action. You can watch it now on Netflix. (Photo via Sundance)

IF YOU LIKE FRANCHISE SUPERHEROES, WATCH AGENTS OF S.H.I.E.L.D.

If your general way of thinking is “the more, the merrier,” you should love this super-superhero show. It features a HUGE group of superheroes that all work together to save the modern world from terrorism. It’s waiting for you on Netflix. (Photo via ABC)

What other shows are you watching right now? Let us know @BritandCo!