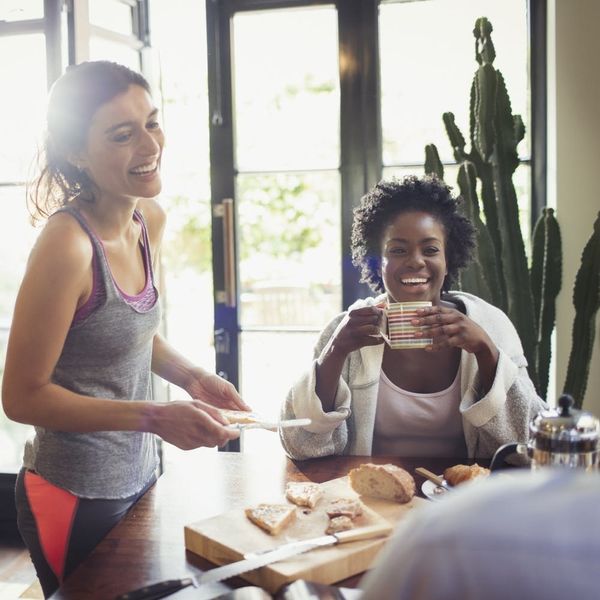 It seems like there’s no end to the so-called “healthy” things that you can do for your body. Do a quick Google search and your brain will be swimming with thoughts of keto, collagen powder, intermittent fasting, TRX, pilates, and other intense wellness regimens that promise to overhaul your personal wellness. And many of those promises can prove true! But what happens when you’ve given a new habit or routine a fair shot and are still questioning whether or not it’s right for you?

Every body is different, and what works for others may not work for you. Diets and workouts that other people have been totally obsessed with aren’t necessarily going to be your thing… and that’s okay. There’s no shame in giving them up; the trick is knowing when. Keep scrolling for six red flags that may indicate it’s time to rethink these so-called healthy habits.

1. You can’t think about anything other than your so-called healthy routine. As a rule of thumb, you never want to find yourself so wrapped up in any one thing that you don’t have the time or brain space to consider anything or anyone else. This applies even where healthy habits are concerned. According to clinical psychologist Nicole Issa, when you start obsessing over a certain food regimen or workout or even the “future you,” there’s a problem, and it may be time to take a step back. Listen to your loved ones to find out if you’re getting into dangerous territory. “If your friends or family members point out that all they hear from you is talk about your new goal, this is a surefire sign,” Issa says.

2. You can’t be flexible. By definition, sticking to a particular wellness routine typically requires an intense level of structure, but it should never get to the point where you can’t make practical adjustments to accommodate shifts in your personal schedule. “It’s fine to be a creature of habit and enjoy a routine, but it’s important that we don’t tie ourselves to that routine,” online fitness coach Emma Green tells us. “Events might pop up that we don’t expect and we should be able to make adjustments and go with the flow when we need to.” You should be able to rain check on a workout, eat a cupcake, or enjoy a night out with your pals without stressing over it.

3. You’re judging people who don’t live according to the same routines. Per functional nutritionist Andrew Wien, you’ve probably taken so-called “healthy” habits too far if and when you can’t help but silently wonder what’s wrong with friends and family who don’t stick to them. You’re welcome to stick to whatever wellness standards you choose, but it’s not up to you to judge others for their own.

4. You’re constantly exhausted. Some measure of fatigue is to be expected if you’ve introduced something new to your routine, but it’s possible to take things too far. Extreme dieting or exercise can leave your body depleted. If you can’t stay awake or if your body itself feels heavy, it may be time to reevaluate what you’re doing, according to iFit trainer Becca Capell.

5. You’re dedicating a lot of time and seeing little change. “A habit that has disproportionate results will leave you feeling inadequate and can have negative results on your self-esteem,” certified life coach Diana Venckunaite says. “Doing something for a while and not getting even close to intended changes can create self-doubt about your ability to succeed and reach goals.” And that’s no good! Phase out habits that are setting you up to fail before they make you feel crummy.

6. You feel generally worse than you did before. It may take some time for a new habit to start delivering results, and there may even be some growing pains along the way. Still, integrating new routines should never make you feel worse overall. “A healthy habit should always leave you feeling better than you felt before establishing that habit,” bulldog yoga‘s Katy Conicella says. “Feeling more fatigued, more irritable, and lethargic, or seeing changes in skin and insomnia are all examples of something not being right with your routine.”

Have you ever given up on a habit that you thought was supposed to be good for you? Why? Tweet us @BritandCo.

Alli Hoff Kosik
Alli Hoff Kosik is a freelance writer who is passionate about reading, running, rainbow sprinkles, her lipstick collection, watching embarrassing reality TV, and drinking pink wine. She lives in Brooklyn with her husband and (in her dreams, at least) three golden retriever puppies. Listen to her talk books on The SSR Podcast.
Fitness
Health
Fitness Healthy Living Self Care