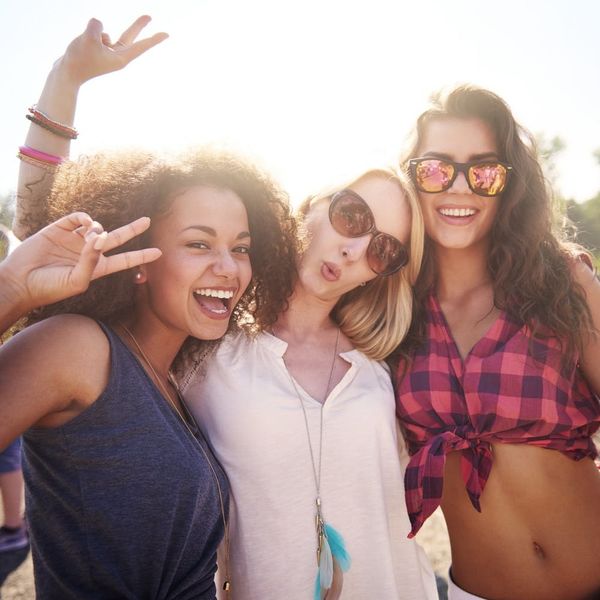 Sure, many of the biggest music festivals of 2016 may be over, and while the festival style of Coachella and the out-of-this-world food of Governors Ball may only be a memory now, if you’re a true audiophile, your love for music lives on. The only problem is springing another $300 for a ticket is, well, not exactly in your budget right now. Never fear, because here are the best music festivals still to come in 2016 that are FREE to attend. Yes, free. You’re SO welcome.

1. The Freedom Party 13th Anniversary: The Freedom Party is a weekly Friday night party in New York City that has been going for 13 years strong. The party was originally conceived to “provide a place for people from all walks of life to dance and be free,” and in honor of their 13th birthday, they’re throwing — surprise — a party. Featuring music from the founders, Herbert Holler, DJ Cosi and Marc Smooth, the music festival is going down July 13 in NYC.

2. FIGat7th Downtown Festival: So FIGat7th isn’t a music festival in the traditional sense — it’s more like a weekly block party. Every Friday for two months of the summer, you can spend the evening shopping, eating and enjoying free live outdoor concerts. If that doesn’t sound like a good time, then we don’t know what is! FIGat7th goes down every Friday of July and August in Downtown LA.

4. Echo Park Rising: The sixth annal Echo Park Rising is totally free and takes place on stages and venues all around the city. People show up in LA-ready festival style to enjoy the musical stylings of bands both local and not. You can check out EPR from August 18 through August 21 in Echo Park, CA.

5. Musikfest: Musikfest is an interesting mix of paid concerts (for headliners like RUN-DMC and Lady Antebellum) and free ones as well. But the event isn’t limited to music alone — there are also kid’s activities, comedy shows and even interactive displays. So grab your pals and fam! Musikfest is happening August 5 through August 14 in Bethlehem, PA.

6. Hardly Strictly Bluegrass: Here’s one for the bluegrass lovers — and everyone who’s not as well! This annual event happens at Golden Gate Park in SF (so you KNOW the location is gorg) and features some pretty serious names on the musical roster. Previous headliners have included the likes of Conor Oberst, LeeAnn Womack, Indigo Girls and EmmyLou Harris — and that’s all just from last year! Check it out from September 30 to October 2 in San Francisco, CA.

7. 4Knots Music Festival: One of the best free music festivals of the summer, the 4Knots Music Festival is organized by New York City’s own Village Voice, an institution in itself. Now in its sixth year, the all-ages fest will take place on three separate stages at South Street Seaport down in the Financial District of Manhattan, and will feature food, stands and music. It’s all happening on July 9 in NYC.

Which of these festivals will you be checking out? Tweet us @BritandCo!

Kimberly Wang
Kimberly Wang writes about all things pop culture, tech, style, and beauty. She's a Bay Area transplant and has an MFA in Creative Writing from Columbia University. On a sunny New York day, you can find her hanging out with her mini schnauzer Isabelle Jellybean on a blanket in Central Park.
Coachella
Pop Culture
Coachella Music