8 Exciting Debut Novels to Kick Off the New Year 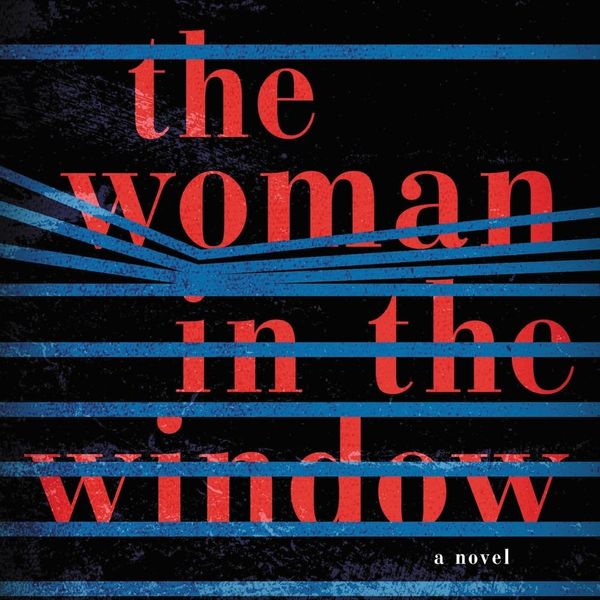 There’s something exciting about the promise and possibility of a new year. Even more exciting is the list of upcoming book releases and the opportunity to plan a year of new books to devour. It’s easy to get caught up in the thrill of a bestselling author’s newest novel, but we’ve found that debut publications can be just as exciting. We suggest you jot down these outstanding 2018 debut releases and get your hands on them ASAP.

1. Match Made in Manhattan by Amanda Stauffer ($16): Alison has tried just about everything when it comes to dating. After two doomed relationships, she only has one option left: looking for love on a dating app. At first, she suffers through countless dates with men she should have swiped left on — then she meets Luke, the charming and handsome man of her dreams. But this new world of dating comes with its downfalls, and by the time she’s fallen for him, she’ll have doubts about whether or not Luke is ready to delete the apps for good and build a future with her.

2. Brass by Xhenet Aliu ($27): Seventeen-year-old Luljeta’s life isn’t going the way she had planned. Since receiving her rejection from NYU, she can’t help but feel like she’ll forever be stuck living with her mother in small-town Connecticut. Realizing that the way to a better future may lie in the secrets from her parents’ past, Luljeta will dig deep to uncover the truth about her birth father and the affair that left her mother pregnant, alone, and struggling to rebuild a life.

3.The Midnightsby Sarah Nicole Smetana ($18): In this debut YA novel, Susannah Hayes would love nothing more than to grow up and be just like her rockstar father, but after his sudden death, Susannah will have a hard time moving forward. When her mother moves them to a new city, the young singer-songwriter will realize that it’s the perfect time to reinvent herself — but as she begins to make a name for herself, she’ll learn that her new start comes with plenty of unforeseen complications.

4. The Woman in the Window by A. J. Finn ($27): A book perfect for fans of Gillian Flynn, The Woman in the Window is a thrilling new novel about a woman who witnesses a crime she wasn’t supposed to. Anna Fox doesn’t leave her New York apartment often and spends her time spying on her neighbors, watching movies, and drinking wine, but when she chooses the wrong night to spy on the new family who moved in across the street, she’ll be confronted with a brutal crime that will send her entire world into chaos.

5. Island of Sweet Pies and Soldiers by Sara Ackerman ($16): Violet is picking up the pieces of her life with daughter Ella after her husband’s disappearance, but feeling the direct effects of World War II in her town, she’ll do everything she can to protect her family and friends from the dangers looming outside their back doors. Opening up a pie stand near the military base, Violet will try to uncover the truth about her husband while falling for a marine who’s caught her attention. Can she pull her life back together, or will the dangers of war shatter her world again?

6. Down and Across by Arvin Ahmadi ($18): In this coming-of-age YA novel, Scott Ferdowsi has no clue what he wants to do after high school. Seeking advice from a psychologist who claims to know the secrets to life, Scott will travel to Washington, DC and meet a girl who will forever change his outlook. Given a new lease on life, Scott embarks on an adventure of growing up and finding himself that will end in eye-opening discoveries about who he really is and who he wants to be.

7.Green by Sam Graham-Felsen ($27): Just when David Greenfeld is ready to give up his dreams of making friends at his middle school, Marlon Wellings stands up for David in the school cafeteria one day, sparking the beginning of a new friendship. As the two grow closer, David will come to realize that even though their lives drastically differ, their bond is one that cannot be broken. A novel about the American dream, race, and privilege, Green is a highly influential debut, not to be missed.

8. Sweet Black Waves by Kristina Pérez ($19): The first book in a new fantasy trilogy, Sweet Black Waves is a story about magic, love, and warring kingdoms. Branwen has always known who her enemies are, but when she unknowingly saves one from death, it will kindle a new passion for peace within her and awaken the dormant magic coursing through her veins. During her fight for what is right, Branwen will be faced with her biggest challenge yet: turning her back on her best friend and the man she has haphazardly fallen in love with. You’ll want to add this upcoming summer release to your #TBR list early!