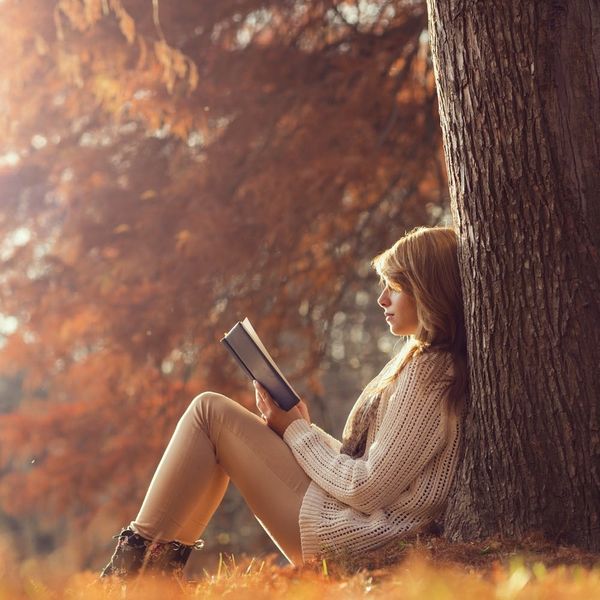 As we continue to embrace the fun of Halloween, we find ourselves in need of some equally fun thrillers to keep us in the Halloween spirit! Whether you’re planning to stay in and pass out candy to trick or treaters or need to get in a spooky zone before your night out begins, here are eight thrilling and suspenseful reads to devour this Halloween weekend.

1. The Next by Stephanie Gangi ($22): If you knew your days on Earth were numbered, how would you spend them? Most would probably want to be with their loved ones, but not Joanna DeAngelis. She’s become totally crazy over her ex-boyfriend Ned McGowan, who dumped her for a new and younger someone. When Joanna crosses over to the other side, she returns heartbroken and looking for revenge. She is determined to have her spirit happily be at rest but will do everything to make Ned suffer, just as she did.

2. Provectus by M.L. Stover ($10): When successful Beverly Hills doctor David Mariani stumbles upon what could be one of the biggest pharmaceutical conspiracies involving some of his patients, he begins a journey filled with adventure where he’ll discover government secrets and genetic mysteries that could affect the entire world. M.L. Stover makes a breakout debut to remember.

3. Gilt Hollow by Lorie Langdon ($11): Willow Lamott has spent the last four years of her life trying to disassociate herself with the name Ashton Keller, her best friend who is a convicted murderer. But when Ashton returns from juvenile hall to their hometown of Gilt Hollow, Willow is instantly drawn to him again. He is on a mission to clear his name, but the deeper they dig to unravel the truth, the darker things seem to get.

4. Little Boy Blue by M.J. Arlidge ($15): When a dead man’s body is found in an S&M club, none of the club goers will attest to what they witnessed, even Detective Helen Grace, who is heading the investigation. She and the victim had a special relationship, and when another body turns up, another victim that Helen also knew, she must solve the case before this elusive killer strikes again.

5. The Killing Forest by Sara Blaedel ($13): Louise Rick returns to the Special Search Agency after an extended leave of absence and is assigned a case that will force her to reconnect with her past and her ongoing personal investigation of her boyfriend’s death. But as she weaves her way through the little town’s web of secrets, she discovers a dangerous darkness lying inside the town.

6. Girl in the Dark by Marion Pauw ($16): When a single mother and lawyer discovers that her mother has hidden the fact that she has a sibling her whole life, she begins to question her mother’s motive behind keeping him a secret. After discovering that her brother Ray is autistic and serving time for murdering a neighbor and her daughter, she goes to visit him. Witnessing his kind nature firsthand, she believes there’s no way he could commit such a heinous act and wonders if he could really be a killer.

7. The Kind Worth Killing by Peter Swanson ($9): Strangers Ted Severson and Lily Kintner play a steamy game of truth where they reveal very private details about themselves on a late night flight from London to Boston. After sharing one too many drinks, the game becomes more twisted when Ted jokes about killing his cheating wife and Lily is all too optimistic to help him carry out his devious plan. As time goes on, they form a sick bond as they plot his wife’s death. Oblivious to Lily’s mysterious history of murder that began as a child, these two conspirators are determined for revenge.

8. Marred by Sue Coleta ($11): Sage Quintano and her husband Niko move to rural New Hampshire after a killer breaks into their home and she barely escapes. Niko accepts the position as the new county sheriff, and when Sage’s twin sister goes missing, she searches her husband’s files and realizes the similarities between this serial killer and the man who attempted to get her. This merciless psychopath who preys on women now has her sister, and Sage must figure out his identity before it’s too late for them both.