9 Spring Books You Won’t Want to Put Down 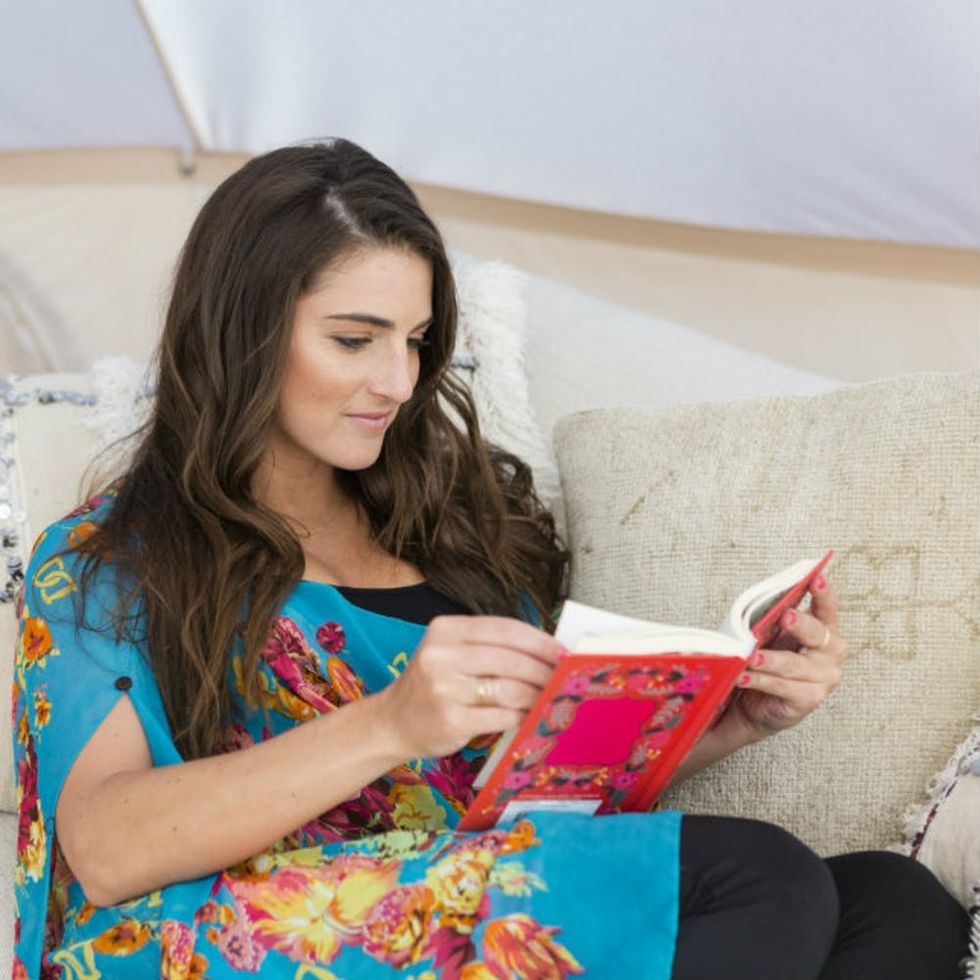 After making it through a pretty brutal winter, we’re so happy that spring is finally here. The flowers are blooming, the birds are chirping, and the temps are rising. We even appreciate the spring showers, which are the perfect excuse to stay inside with an amazing read. Whether you’re reading on your Kindle (you need these gems RN!) or making a weekend day trip out of visiting a specialty bookstore for the hardback version, here are nine must-read books this season.

For four young immigrant women in Boston’s North End in the early 1900s, escaping tradition doesn’t come easy. Thankfully they have each other and the Saturday Evening Girls Club, a social pottery-making group that allows them to escape from their chaotic home lives. Through family clashes, complicated romantic relationships, career struggles, and cultural prejudices, they draw strength and courage in one another to transform their dreams into realities. It’s an empowering novel that you won’t want to put down.

Lakeside Inn manager BJ Clark was fully prepared to dislike the inn’s new owner, Taylor Reynolds, who plans to turn her sleepy, quaint hotel into a jetsetter’s paradise. Despite her best efforts, BJ finds herself captivated and increasingly passionate for Taylor, causing her to question the career she loved so much. From This Day is the perfect lighthearted read for a sunny spring afternoon.

3. Never Let You Go by Chevy Stevens ($27): It’s been 11 years since Lindsey Nash escaped an abusive relationship with her ex-husband, Andrew, who was sent to jail. Now she owns a successful business and has a teenage daughter, who’s counting on her more than ever. When their home is invaded and her boyfriend is threatened, Lindsey’s certain it’s Andrew, even though he promises he’s changed after being released from jail. Full of twists and turns, this suspenseful read will keep you entertained for hours on a rainy spring day.

In 1985, German-American Annette Gendler falls in love with Harry, a Jewish man from a family of Holocaust survivors. Feeling the pressures and strains from their family histories, Annette and Harry keep their relationship a secret until an opportunity for a new life in Chicago presents itself. A powerful tale of hope and love, this is definitely one that belongs on your TRL.

Once voted “Most Likely to End Up in Jail,” River Bend’s wild-child, Jo War, has inherited a badge. As the new sheriff in town, Jo is hell-bent on exposing the truth about her father’s unexplainable death. However, her focus quickly shifts when she meets the breathtakingly sexy Gill Clausen at a law enforcement training seminar. When it’s clear Jo’s life is in danger, she enlists Gill’s help to figure out who’s trying to harm her. The final book in the trilogy, Making It Right is a super sexy page-turner you might want to read with the lights on.

Amber Bryant and Tyler Hicks have been best friends since they were young. While Amber sees their relationship as strictly platonic, Tyler secretly hopes that it would turn into something more. After years apart, one night, fueled by alcohol, Amber kisses Tyler — a kiss that shatters a lifelong friendship and changes their lives forever. In this compelling, provocative novel told through alternating points of view, It Happens All the Time examines the complexities of sexual dynamics and the ever-timely issue of consent.

Haunted by her sister’s ghost, newly divorced Rhonda travels to Rome to find the man who stole her sister’s heart. Meanwhile, Rhonda’s adopted teenage daughter, Olivia, travels to Vietnam, where she meets Marco, the infamous man she’s heard her parents whispering about for years. As truths are exposed, Rhonda and Olivia’s lives begin to unravel, and you’ll start to understand the complicated ways they’re all entangled.

Hidden in the thousands of books Ingrid Coleman collected over the years are handwritten letters to her husband, Gill, about the truth of their marriage. After writing her final letter, Ingrid disappears from Dorset beach, leaving behind her house by the sea, her husband, and their two daughters. Twelve years later, the older and somewhat senile Gill believes he sees Ingrid from a bookshop window. Flora returns home to care for her father, and hopes to uncover the real story about Ingrid. She never believed that Ingrid drowned, but what she doesn’t realize is that the answers are in the books all around her. This scandalous detective work lifts the veil on a troubled marriage. It’s an absolute must-read this season.

Dr. Zoe Goldman is learning the ropes as a new psychiatry fellow at the local correctional facility. When the prisoners start dying at a rapid pace around her from suicides and possible accidents, Zoe starts searching for the real answers about their deaths. What Zoe doesn’t realize is that someone is perpetrating these deaths, targeting her patients to get to her. The third book in the Dr. Zoe Goldman psychological thriller series, The Secret Room is a gripping read that’ll have you on the edge of your seat until the very end.
She Reads
Books
Home News
Books