The Smartest Stylus We’ve Ever Seen 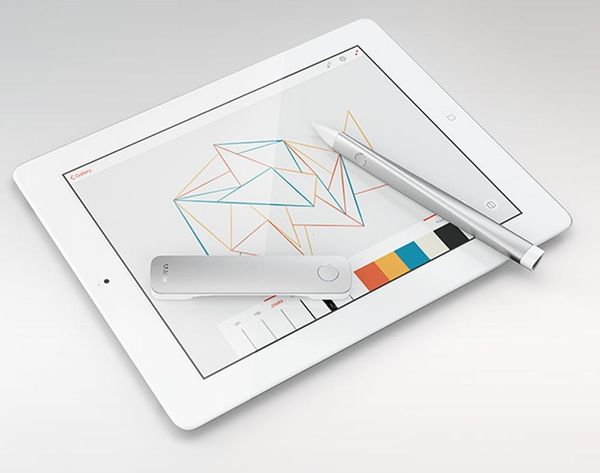 Yesterday we showed you an iPad case that uploads your drawings directly to your tablet. Today, we’re sharing a new stylus that aims to help you replace your pen and paper completely. Yes, there are apps that let you take notes with a stylus already, but what’s key about this new gadget from Adobe is that it’s the stylus that stores your information and interacts with the tablet you’re using. Check it out and let us know if you’ll be ordering one!

This pen, nicknamed Project Mighty, is Adobe’s first foray into hardware, and not surprisingly, we’re impressed. The stylus does it’s best to mimic an actual pen, but with more bells and whistles. It is pressure sensitive, so you can push harder to get a thicker line. It also recognizes the difference between the stylus and your finger, so if you need to erase when you’re drawing in the app, simply use your finger to do so. Then tap with one finger to undo and two fingers to redo. We’re guessing that all of these commands will take a bit of learning, but that they’ll become second nature quickly just like command Z.

All of that is great, but still fairly basic for a stylus. What really makes us excited for Project Mighty is that the pen connects to your device and your Creative Cloud account via Bluetooth. So not only will any of your settings carry over from app to app and device to device, you can store a sort of “clipboard” in the pen itself. Say you have a drawing or design saved in your iPhone and you want to refine it on your iPad, you can save it to your clipboard with the pen and open it on another device or drop it into another document. While we haven’t had a chance to play with any of this hands-on yet, it looks pretty seamless.

In addition to Project Mighty, Adobe is also coming out with a smart ruler—Project Napoleon. (It’s a short ruler, which is why it’s named it’s named Napoleon!) Not only does it help you draw straight lines, but it also projects shapes on your tablet to act as guides. Drafting on your iPad is about to get incredibly easy. Check out the video to see all the features:

No word on pricing yet, but we’re guessing it will be expensive to start. Hopefully, they’ll introduce a model for more casual users quickly. We’ll be excited to compare using the stylus and Adobe apps to using our other favorite drawing and note-taking apps like Paper.

Tell us what you think! Will you be trying Project Mighty or Project Napoleon when it comes out?

Kristin Appenbrink
Kristin combines her love of words, a passion for creating, and a drive to learn new skills. Plus, as an obsessive ice cream maker and storyteller she always has a scoop to share.
iPhone
Tech
iPhone
More From Tech