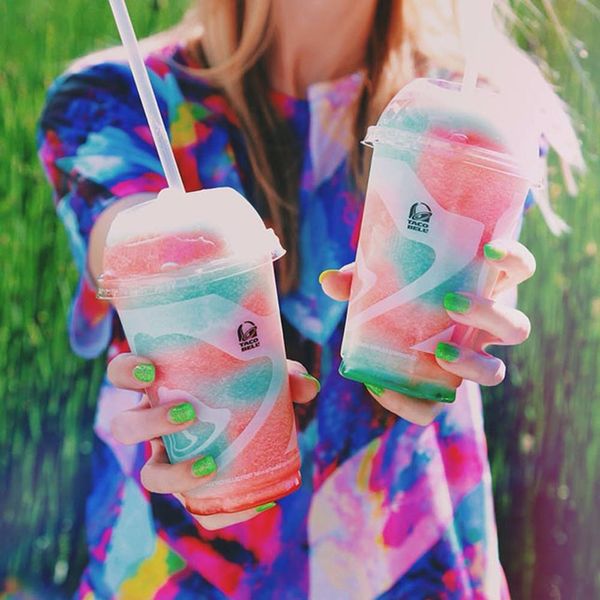 6/3 Update: Mashable has confirmed with Taco Bell its Wicker Park Chicago location’s liquor license has been approved. When it opens this summer, the fast food chain will be testing out “wine, beer and mixed alcohol freezes.” That’s not all though! The guilty pleasure spot also shared it will be expanding its regular menu and changing up presentation by serving food “open-face in baskets to showcase ingredients.” Yep, it’s time to book a flight to The Windy City.

The buzz around Taco Bell serving alcohol started building after it was reported that a Chicago TB in the Wicker Park neighborhood applied for a liquor license. If the chain gets it approved, that Taco Bell would be the first store to sell alcohol, ultimately changing the fast food and Doritos Locos eating game forever. A Yum! Brands spokeswoman who reps Taco Bell, KFC, Pizza Hut among others stated that the Wicker Park spot will have a “completely new urban restaurant design.” It won’t be the second U.S. Taco Co. location, but more of the Chalupa purveyor you know and love with a face lift (+ hopefully alcohol).

We’ve got our Gordita-loving fingers crossed that the application gets approved, opening the path for Taco Bells worldwide to provide bottle service. We can see it now: happy hour at Taco Bell. Okay, maybe not, but we totally wouldn’t feel as guilty about hitting up the spot before midnight ;)

Would you indulge in some Taco Bell + alcohol? Let us know in the comments.