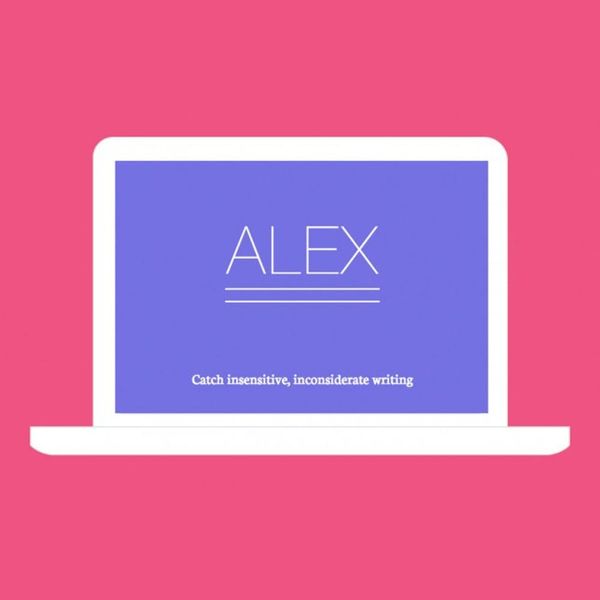 When it comes to work emails, there are some things that even spell check can’t detect, such as the tone or the amount of empathy in your email. But now there’s an app that can help you with political correctness too. Introducing Alex, the app that will keep your filter on when you can’t and make sure you never send a potentially offensive email again.

This open-source (read: any coder can edit) Java Script tool claims to “catch insensitive, inconsiderate writing,” which is basically anything anyone might find offensive (i.e., sexist, racist or other bigoted comments). It will suggest things like writing “chairperson” instead of “chairman” or “it” and “they” instead of “he.” However, this might create a few problems when the person being written about is actually a man or when it causes a sentence to become extremely cumbersome and overburdened with flowy language.

The author recommends using it for job descriptions, resumes and when writing code, but we see it as a potential one-stop shop for celebrities and public figures to send their tweets and status updates before blasting them out into the Internet forever. While some argue that free speech is free speech and therefore we shouldn’t get all extreme with our PC-ness, we think that this might be a good place to stop before sending out anything that might live on in infamy on the Internet. Ya know, just in case.