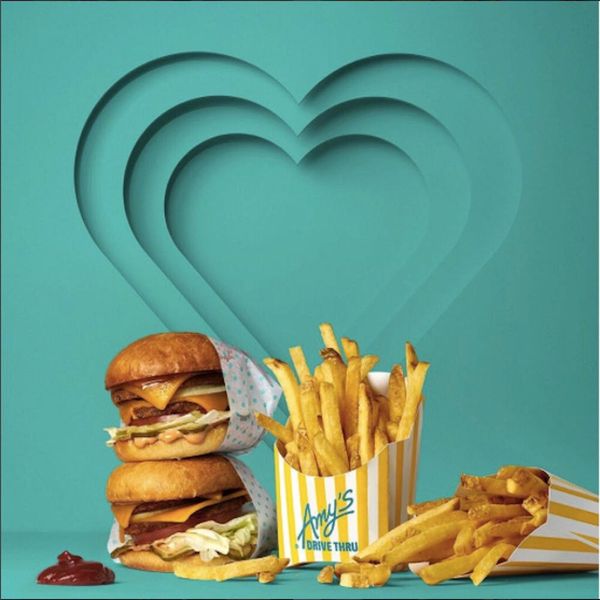 Fans of supermarket vegetarian staple Amy’s Fine Foods might be surprised to learn that the company has a booming drive-through in Sonoma, California. If you want to test out this 100 percent veggie burger joint for yourself, don’t worry about booking a plane ticket just yet — the company has plans to go national with Amy’s Drive Thru, which would make it the first vegetarian, GMO-free, and gluten-free fast-food restaurant to hit the national takeout market.

The OG Amy’s Drive Thru opened close to the company’s headquarters two years ago, and business is booming, according to Fast Company. With their second store set to open in Corte Madera in 2018, the company’s director of operations, Paul Schiefer, told the mag their end goal is to take the restaurant national. But it won’t happen immediately.

Fred Scarpulla Jr., the company’s founder, said that Amy’s has a homemade feel and that the business is run by his “go with the gut” attitude and commitment to being the best, if not the cheapest.

“[I] have always felt that there’s a service piece to our business, and that’s to serve people who don’t have other options,” he told FC. The restaurant’s menu is varied, and it’s not really that much more expensive than fast food mainstays like McDonald’s or KFC.

When your meal matches your mood. #sunny #goodvibes #runsonlove

While their plans for expansion are moving slowly, the company is excited about the prospect of rolling out Amy’s nation-wide and investigating the best ways to get organic food into the mouths of the masses without breaking the bank. Scarpulla told Fast Company they’re looking at adding small indoor gardens to their chain in order to have hyper local leafy greens on hand at each location. The goal is to help make veggie fare as common as factory-farmed meat.

it's a big day, so you're going to need a double. #runsonlove #vote

“When you think about drive-throughs, it’s all so focused on industrial meat, and one quick look at that industry is enough to tell you that it’s pretty nasty,” Scarpulla told Fast Company. Here’s hoping Amy’s can change the fast-food landscape and bring their delicious twist on classic takeout to the masses.

Are you excited at the prospect of an Amy’s near you? Tell us @BritandCo!

Kat Armstrong
Kat has been a writer, social media maven and mom for longer than she's willing to admit. She's also spent time in front of and behind the camera, interviewing celebs, politicians and acting as a producer for fashion and artistic photography shoots. When she isn't writing for various orgs and publications, she's hanging with her kids, husband and French Bulldog, Peter, in Toronto, Canada.
Food News
The Conversation
More From Food News