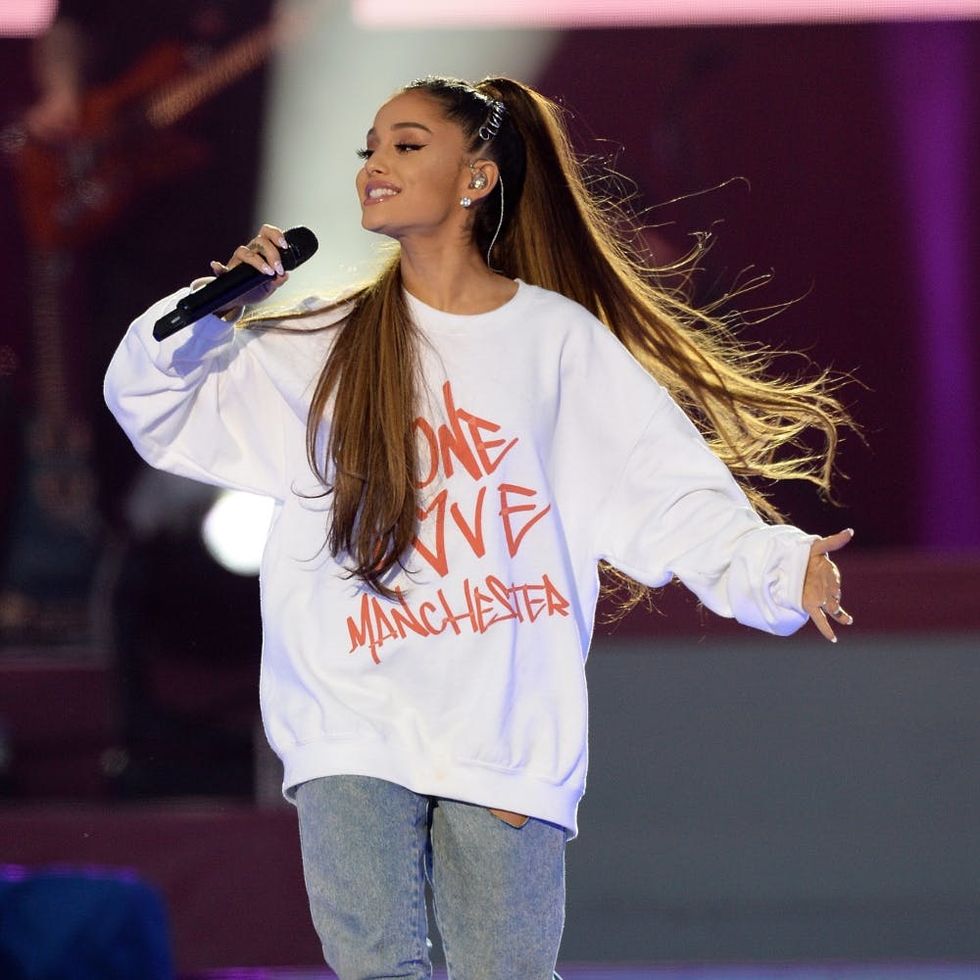 “Tonight is all about love,” Ariana Grande told fans at her “One Love Manchester” concert this past Sunday, and it certainly was. It brought the world together to prove that love is stronger than hate. And now it looks like there may have been even more love in the air, as the singer has sparked engagement buzz with her gorgeous diamond (engagement?!) ring.

When the 23-year-old singer returned home after the heartbreaking May 22 Manchester bombing which claimed the lives of 22 of her fans and put many more in hospital, her bae, 25-year-old Mac Miller, was right there by her side, even canceling his scheduled appearances so that he could be with Grande.

Showing his support once again last night by performing a duet of “The Way” with his lady (the song that first brought them together as friends back in 2013 before their relationship blossomed into something much more), their love was obvious. As was the diamond ring that Grande was wearing.

A stunning diamond solitaire with what appears to be a band of smaller diamonds, it certainly looks like an engagement ring — and the singer just happens to be wearing it on *that* finger.

Perhaps Mac Miller wants to prove to his love that he’ll not only be by her side during this trying time, but always and forever.

Have hard times ever brought you and a loved one closer together? Let us know @BritandCo!

Desiree O
Desirée O is a ‘Professional Bohemian’ who loves anything and everything related to the arts, entertainment, and pop culture. She ADORES being a ‘Newsy’ for Brit + Co, covering all of the latest tidbits of awesomeness that you want to read about. When she’s not writing, she’s either making messy art, going on long adventurous walks with her camera, or poking around over at bohemianizm (http://www.bohemianizm.com/). You can find out about Desirée O and her work at http://DesireeO.com/ or follow her on Twitter @DesireeO.
Celebrity Engagement
Celebrity News
Celebrity Engagement