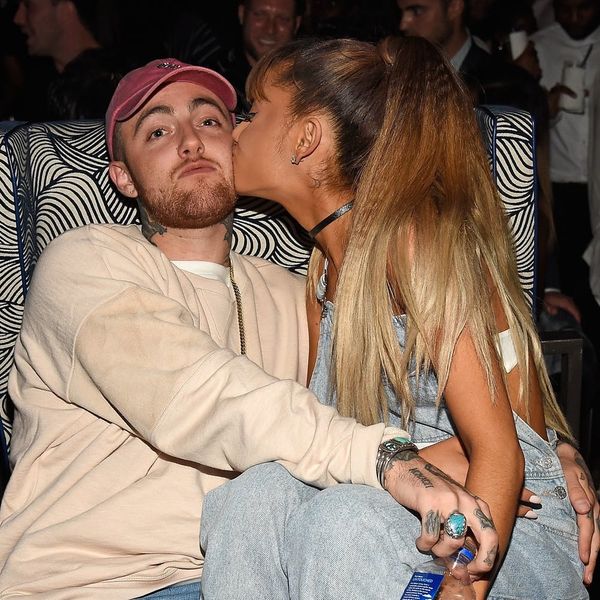 By now, you’ve likely heard that Ariana Grande has postponed her scheduled tour dates in the wake of the deadly explosion that took place at her concert last week in Manchester, with plans for a benefit concert instead.

What you may not know, however, is that her boyfriend, Mac Miller, also skipped his shows this weekend in order to be by his lady’s side. Despite being scheduled for both a Soundset Festival appearance as well as one at Sasquash, Miler opted to stay home where he could be of comfort to Grande this Memorial Day weekend.

Soundset and Sasquatch, I will not be performing this weekend. Thank you for understanding. I'll be back. Love always.

It was just three days ago that the singer returned home to Florida for an emotional reunion with the rapper, and it seems the two have been inseparable ever since, with Grande leaning on her man for support.

She’s been reportedly devastated since the event, offering to pay for the funerals of the victims and offering her many condolences in a lengthy statement to her fans.

The two have been dating since late last year, though as Grande told Cosmopolitan, they’ve been involved for much longer — they met when the now 23-year-old was 19. “We have loved and adored and respected each other since the beginning, since before we even met,” she told the mag.

She also revealed that being supportive of one another is nothing new for them, saying, “There were times over the years where he would call me and hear that I was stressed or overwhelmed, or not doing well, and he would call my mom. There were also times when he was really broken and sad — this was years ago — and I would come take care of him, because we love each other as best friends first and foremost.”

While his fans were no doubt bummed, we’re sure that given the circumstances, all is forgiven: You’re a stand-up guy, Mac.

Are you shipping these two’s support for one another? Tell us over @BritandCo.