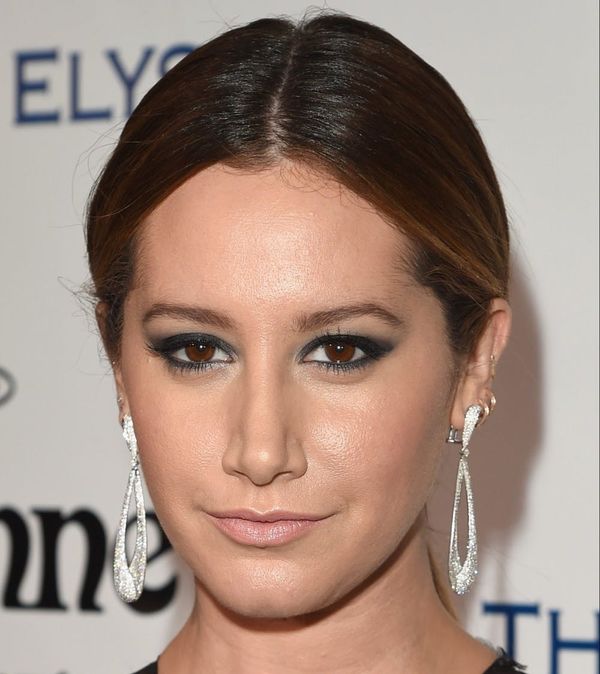 Ashley Tisdale is up to something, and we’re not just talking about her new makeup line, Illuminate. Only a few days after following in the celeb-beauty guru steps Demi Lovato (who just collabed with NYC) and lip kit maven Kylie Jenner, the founder of lifestyle site The Haute Mess seems to be sending out an even BIGGER message on social media.

Last night, the High School Musical actress took to Instagram to share a pic of a messy topknot and boho beaded bracelets and necklaces hanging on display. Above the scene were the words “The Haute Mess” — the star’s lifestyle site — in neon. The caption? “Pretty much. #mood” We don’t know about you, but we’re thinking there might be a The Haute Mess store up her sleeves. What’s next, Ash? DO TELL.

The Tiz wouldn’t be the first to go the fashion-lifestyle empire route, of course. Reese Witherspoon launched her Draper James retail store last fall, and let’s not forget our buddy Gwyneth’s GOOP shop. We’d venture a guess that Ashley’s store would be more low-key and free-spirited.

From the looks of it, being a hot mess — or rather, a haute mess — isn’t such a bad thing. In fact, it’s pretty darn stylish if Ashley Tisdale has anything to say about it.

Are you keeping fingers crossed for a The Haute Mess store? Tell us @britandco!

Desiree O
Desirée O is a ‘Professional Bohemian’ who loves anything and everything related to the arts, entertainment, and pop culture. She ADORES being a ‘Newsy’ for Brit + Co, covering all of the latest tidbits of awesomeness that you want to read about. When she’s not writing, she’s either making messy art, going on long adventurous walks with her camera, or poking around over at bohemianizm (http://www.bohemianizm.com/). You can find out about Desirée O and her work at http://DesireeO.com/ or follow her on Twitter @DesireeO.
Style News
More From Style News