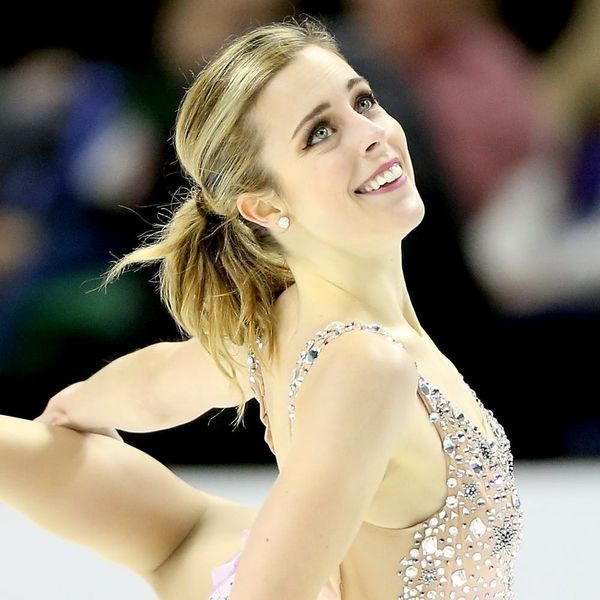 Figure skater Ashley Wagner had some harsh words for judges about her scores at the US Figure Skating Championships, which led to her missing a spot on the Olympic team. And now that a few days have passed, she’s taking time to reflect on the situation — and she stands by every word.

“What you see is what you get with me and I pride myself on being honest and open,” the 26-year-old told Hoda Kotb and Savannah Guthrie while sitting down to talk about the situation on Today.

She further explained her reaction by saying, “I found out that my Olympic dreams had come to an end and I think that I was just heartbroken. Devastated. I had worked 22 years for that moment and I had put out something that I felt so proud of.”

Though Wagner has carved out a place within the sport as a member of the bronze medal-winning 2014 Winter Olympics team, a three-time US national champion, and a 2016 world silver medalist, she fell just short of her goals for the 2018 Games, placing fourth at Friday’s competition and earning the first alternate position for next month’s big event in Pyeongchang, South Korea.

“I’m furious, I am absolutely furious,” she told reporters at the time. “I know when I go and I lay it down, and I absolutely left one jump on the table, but for me to put out [the] two programs that I did at this competition, as solid as I skated, and to get those scores, I am furious, and I think deservedly so.”

@ashwagner2010 speaks out in an exclusive interview this morning on TODAY. #todayshow (photo via @zpagano)

On Wednesday, Wagner reiterated that she was “confused” about her scores. “I think the only thing that I question is my scores [in this most recent competition] compared to my scores in the past,” she said on the Today show. “I scored lower on the second mark in my short program than I did at a competition that I was injured at.”

She stressed, though, that she absolutely supports the three women who made the team, Bradie Tennell, Mirai Nagasu, and Karen Chen. “I’m allowed to question things, but question things only in relation to myself,” she said. “I think that these girls earned their spots, and I am so excited to be able to kind of take a step back and cheer on Team USA. I am so passionate about this sport, and I’ve been in the position where people have tried to take away my legitimacy for being on a team, and I would never want to do that to another athlete.”

What do you think about Ashley Wagner’s reaction to her scores? Let us know @BritandCo!

Desiree O
Desirée O is a ‘Professional Bohemian’ who loves anything and everything related to the arts, entertainment, and pop culture. She ADORES being a ‘Newsy’ for Brit + Co, covering all of the latest tidbits of awesomeness that you want to read about. When she’s not writing, she’s either making messy art, going on long adventurous walks with her camera, or poking around over at bohemianizm (http://www.bohemianizm.com/). You can find out about Desirée O and her work at http://DesireeO.com/ or follow her on Twitter @DesireeO.
Olympics
Celebrity News
Olympics