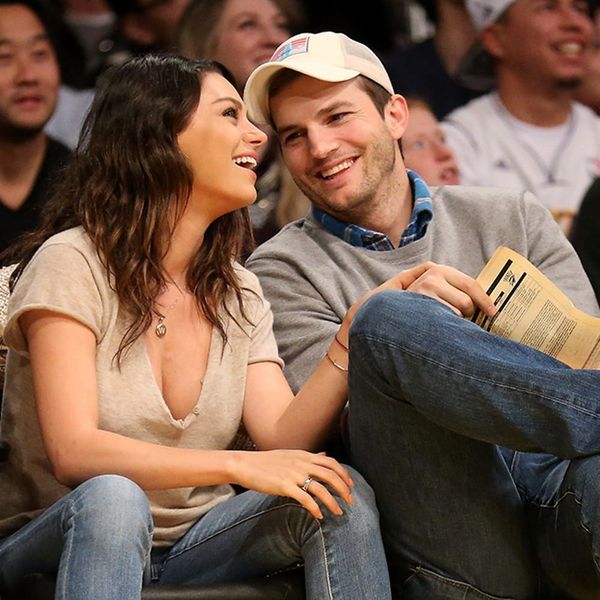 Multi-hyphenate new dad Ashton Kutcher — former Punk’D host + That ’70s Show star, tech investor and A+ co-founder — has made his voice heard in a new category: public restroom diaper changing stations. The father of Wyatt Isabelle and husband(?) to Mila Kunis is over the lack of changing stations for his little lady in the men’s room and like every person living in the digital generation, took to Facebook to vent. Talk about #dadproblems, right Ashton ;)

After what was likely a frustrating few dozen trips into men’s room with a dirty diaper to change and no surface to do it on, Ashton wrote the above side-eye-filled post to Koala Bear Kare stations — which btw do pop up in some men’s bathrooms. It sounds like Ashton and the other papas out there are going to have to get creative in the meantime (ahem, just like mothers have been for years when it comes to changing diapers in public). Options for alternate ways to change Wyatt’s diaper include: family restrooms, a makeshift table in your car’s backseat or trunk or even just stashing a blanket in the diaper bag for a bench, bro.

Even if you’re not into the diaper bag (what, not even these diaper bag man pants?!) scenario, pick up a Skip Hop Pronto! Changing Station. It’s like a foldable changing table. You can thank us later, Kutch’.

And, AK, whether you turn this complaint into an initiative to get more changing stations into men’s bathrooms or not, we’d really love it if you jump on the #smelfie trend because we at least deserve that.

What are your feelings about Ashton’s lack of diaper changing stations in men’s public restrooms? Let us know in the comments.