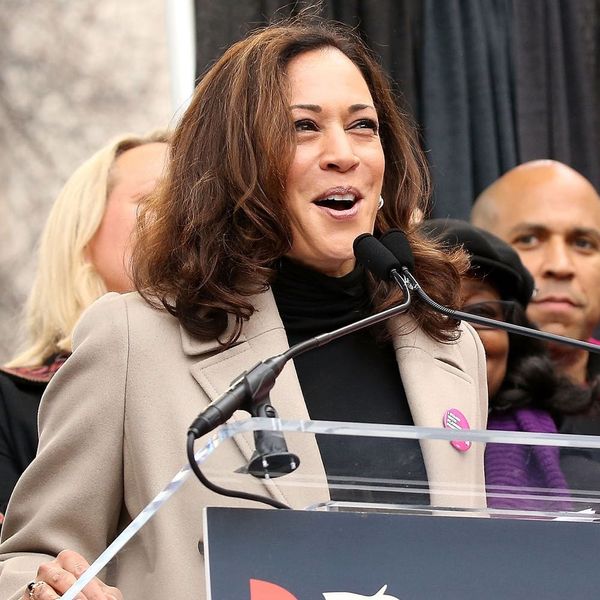 America (and the world, really) had a pretty amazing day yesterday when we united as one to make our voices heard re: women’s rights. The Women’s Marches may be over now, but the spirit of that day doesn’t have to be: not by a long shot.

President Trump has recognized the rights of the people to peacefully protest, but there’s still plenty of battles to be won, and much to be done to make sure that happens.

One organization in particular, EMILY’S List, took it one step further. While the group regularly works to get pro-choice, diverse groups (both in race and sexual orientation) of women elected to office (US Senators Tammy Duckworth, Kamala Harris —vboth of whom were at the Women’s March yesterday — and Patty Murray are among their featured candidates), today was something extraordinary.

Following the Women’s Marches and on the anniversary of Roe v. Wade, they held a “Getting Ready to Run” training session, and the interest they received was utterly thrilling: A group of 500 women signed up to learn how to actually become a part of the machine they’re unhappy with in an effort to make a lasting change.

Today, we trained 500 women to run for office. They're first-time candidates, driven by this election to make their voices heard. And we can't wait to see everything they accomplish. Keep an eye out for them on a ballot near you soon! #ReadyToRun

“Today, we trained 500 women to run for office,” the company shared on its Instagram page. “They’re first-time candidates, driven by this election to make their voices heard. And we can’t wait to see everything they accomplish. Keep an eye out for them on a ballot near you soon! #ReadytoRun.”

.@PramilaJayapal joins us to fire up the #ReadyToRun training and encourage us all to run for office! pic.twitter.com/qkrjdPjLXf

How freaking cool is that? They say every cloud has a silver lining, and if having more bright, kick-ass and diverse females representing us is the lining of a cloud that has been our gender issue struggles, we are HERE for it.

Go get ’em, ladies — we can’t wait to see you on the ballot!

Would you run for office if you got training? Tell us why or why not @BritandCo!

Nicole Briese
Nicole is the weekend editor for Brit + Co who loves bringing you all the latest buzz. When she's not busy typing away into the wee hours, you can usually find her canoodling with her fur babies, rooting around in a bookstore, or rocking out at a concert of some sort (Guns N' Roses forever!). Check out all her latest musings and past work at nicolebjean.com.
Politics
Politics
Politics