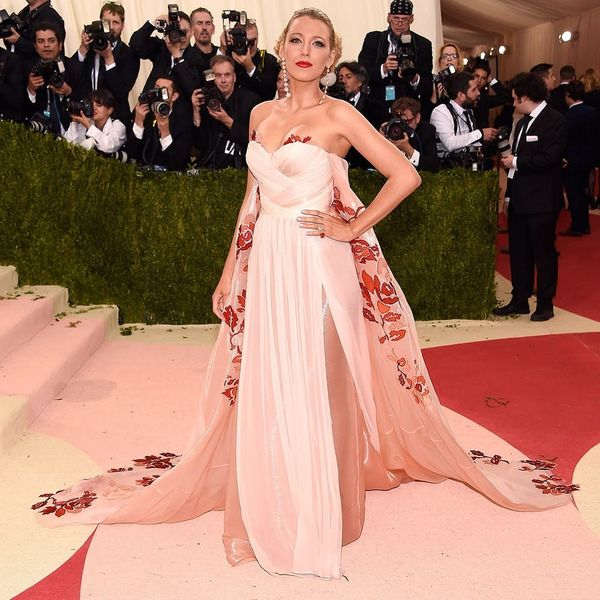 This year’s Met Gala is fully underway, and we’re already reveling in all of the fashion that’s walked down the red carpet. First came Taylor Swift’s gothic-inspired makeover, then there was Kate Upton’s massive ring and now not one but TWO celebs have either debunked or totally confirmed some baby rumors that have been swirling around the Internet.

First up, Scandal’s Kerry Washington. E! recently reported that Kerry was pregnant with her second child, but the actress had yet to confirm the news herself. Well, in typical Met Gala fashion, Kerry has let her outfit do all the talking as this dress + her body language 100% confirmed that Kerry is indeed expecting another little one.

When Blake had to slip into a swimsuit for a movie she was recently filming, she quickly became the subject of baby rumors. Why was she so consciously hiding her tummy? Neither Blake or Ryan has confirmed or denied the news, but based off of how slim she looks in this ensemble, we’re going to say James doesn’t yet have another sibling on the way.

Which look are you going all heart-eyed over at this year’s Met Gala? Share with us on Twitter @BritandCo.