Bachelor in Paradise Recap: Heartbreaks and Half Birthdays 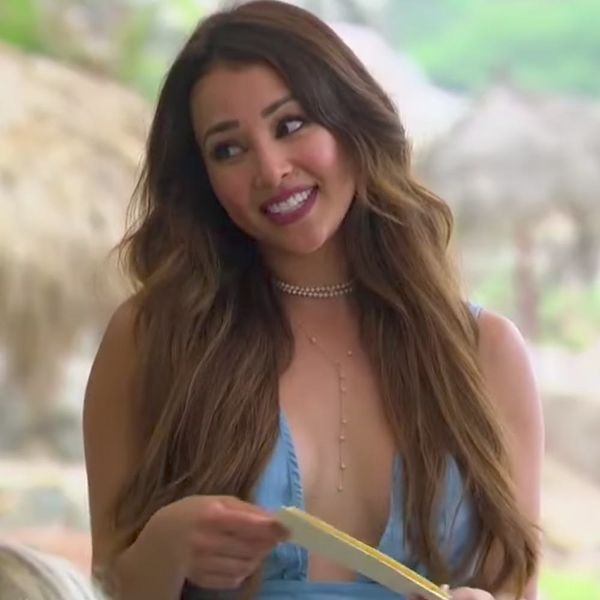 With the shutdown controversybehind us, it’s time to get very serious about finding love on this season of Bachelor in Paradise. Left with men who are not slobbering over them for roses in anticipation of a bruising upcoming rose ceremony, the women are very excited when Adam, The Ventiloquist (Rachel’s season), shows up.

This is the most attention that Adam has likely ever gotten as a grown man who rolls around with a terrifying doll version of himself. He’s interested in Raven, who has been connected but not necessarily drawn to Ben Z and Robby, and Kristina, who’s on the rocks with Dean after starting out hot and heavy. Adam arrives with a date card and stirs the pot by offering it to Raven. This does not sit well with Ben Z. After all, he and Raven both have dogs, which means they’re supposed to be together. This dude’s really going to be talking about his dog all the time on this show.

Raven and Adam go on a really boring date to drink margaritas and make small talk. Are all dates on this show this boring? Shouldn’t they be hang gliding or bull fighting or sword fighting or taking blood oaths with rose thorns? The date goes okay with no obvious spark and it’s becoming clearer and clearer that Raven (who is 25!?!?!) is way too cool for this show. She seems genuinely annoyed by handsome men vying for her affections and there’s no way she wants to settle down with any of these bros.

But settle she must, if she wants to stay in Paradise. Eight ladies have the power over twelve men, and at the cocktail party before the rose ceremony it’s time for most of these women to pick at the bones of men who are more interested in staying in Paradise than making a romantic connection.

Adam goes in for the kill with Raven, salsa dancing with her before they make out, leaving Raven confused about whether or not to give her rose to him or Ben Z. Meanwhile, Robby and Amanda are testing the waters with each other, but it’s complicated by the fact that Amanda used to be engaged to Robby’s friend Josh. Josh clearly didn’t want true love, Amanda. Find your true love with Robby and his overpraised hair, girl!

With Amanda’s rose out of play, Alex shows himself to be the thirstiest of them all, hopping from woman to woman telling them that he really feels like he’s making a connection with them. Gross, dude. Just go home now. Lacey, who’s spent most of the show crying, entertains many gentleman callers, but Diggy is the most genuine, sealing the deal to stay on over his terrible name rhyming counterpart, Iggy.

Now it’s time for the rose ceremony, an opportunity for these women to ruin the lives of four men. Taylor, of course, gives her rose to Derek. Jasmine offers hers to Matt, The Penguin, even though they’ve cooled off. Raven shockingly gives her rose to Adam, The Ventriloquist, leaving Ben Z. high and dry. Fortunately for him, Danielle gives her rose to Ben Z. and he’s very grateful and says something about his dog. Not cool, Danielle. He wasn’t worth saving.

Alexis keeps probable personal injury attorney Jack Stone around for some reason. Despite a serious step back in their relationship, Kristina gives Dean her rose and likely expects a lot from him at this point. This leaves Alex, Nick, Vinny (who???), and Iggy without roses. Bye, boys! Leave quickly! There were already too many of you!

The next day, Danielle L. (Nick’s season) arrives with a date card. More people, really? HOW MANY MORE PEOPLE MUST HAVE THEIR HEART BROKEN ON THIS SHOW? D.Lo is immediately a hot commodity and both Ben Z. and Dean want her date card. She ultimately chooses Dean, which is not so much deciding to go on a date with Dean as it is crushing Kristina’s soul. D.Lo and Dean have a very boring date on ATVs (how can ATVs be this boring??) while Kristina resigns herself to dying old and alone at the age of 25.

But don’t lose hope, Kristina! Dean comes back from his date with D.Lo admitting they had a little peck but that it wasn’t serious. Phew, #KrisDeana aren’t over just yet. OR ARE THEY?

Later that night, with Kristina happy that things seem back on track with Dean, Dean brings D.Lo a slice of cake for her… half birthday. Her half birthday. Half birthdays are for 12-year-olds who have been given way too much attention by their parents and can’t stand not being constantly celebrated. They are not for adults who are potentially ruining other adults’ chances at true love. Kristina is obviously very upset about this but we won’t know just how upset until another two hour episode airs this week. Oh, joy.

Have you ever celebrated a half birthday? Tell us @BritandCo.