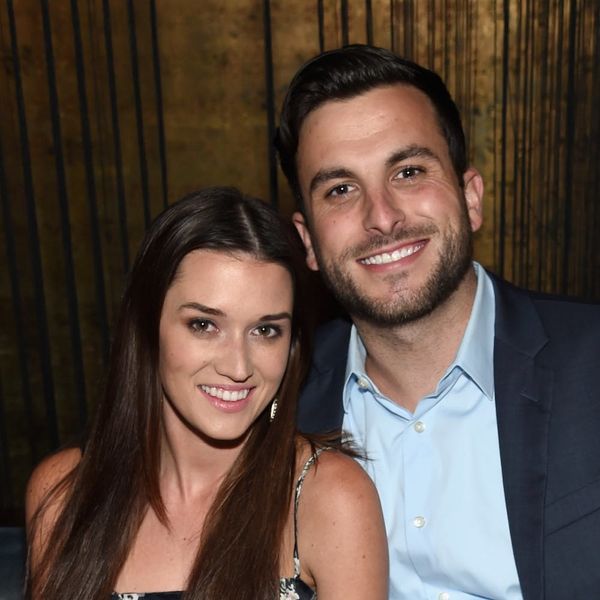 We finally have some good news from the Bachelor universe! After the heartbreaking incident which saw Chris Soules arrested for his part in a fatal hit-and-run accident, as well as the incredibly nasty state between on-again/off-again couple Josh Murray and Amanda Stanton, we’re thrilled to find out that there’s going to be a new bundle of joy coming into the world thanks to one couple who managed to survive the reality TV spotlight. Bachelor in Paradise stars Tanner Tolbert and Jade Roper have just revealed that they’re expecting a baby girl!

The pair found love together during Bachelor in Paradise after both had starred in individual stints on The Bachelor and The Bachelorette in 2015, and married shortly after in January 2016. Now, just a year after saying “I do,” these two are about to become first-time parents.

Taking to Instagram to make the big announcement, Roper posted a pic of herself with two delish-looking ice cream cones (ya know, since she’s eating for two now) and Tolbert giving her a dubious look while holding up a copy of “Dude, You’re Gonna Be a Dad.” She added the message, “Feeling crazy grateful to finally share a little secret we’ve been keeping! We’re already absolutely head over heels in love with our little one. ❤❤❤ #babyjanner #hanginthereTanner #eatingfortwotherightway😉” and fans are loving it.

And while Tolbert was hoping for a boy, he admitted to People, “Not that I don’t want a girl. I actually want one of each. It’s just, I’m going to make her keep trying until we have a boy, so I’d like to get it out of the way sooner.” Make her? Good luck! Roper responded, “He thinks I’m going to have four children if the first three are girls, but I think he’s wrong on that.”

What do you think about their pregnancy announcement? Let us know @BritandCo!