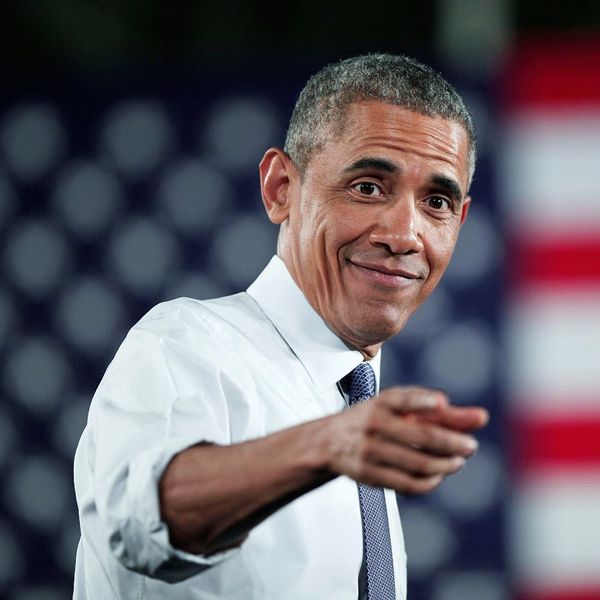 In the wake of the protests in Charlottesville, Virginia this past weekend that left one anti-racist counterprotester dead, a tweet by former president Barack Obama has become the most liked tweet of all time.

"No one is born hating another person because of the color of his skin or his background or his religion…" pic.twitter.com/InZ58zkoAm

Quoting South African President and Apartheid fighter Nelson Mandela, Obama’s tweet shows himself meeting a group of small children, with the words, “No one is born hating another person because of the color of his skin or his background or his religion…”

The tweet has been liked almost 3.5 million times and retweeted over one million times, making it the most liked tweet of all time, even surpassing Ariana Grande’s post-Manchester attack tweet (which received 2.7 million likes in May).

After the first tweet, Obama continued to quote Mandela, adding, “people must learn to hate, and if they can learn to hate, they can be taught to love. For love comes more naturally to the human heart than its opposite.”

Following events in Charlottesville, many have been looking to political leaders and celebrities for their thoughts on both the original protests and the counter protests. Current president Donald Trump has come under fire for his comments following the events in Virginia, with former Attorney General Sally Yates subtly calling him out on social media for his lack of immediate reaction to the hate-fuelled rallies. The president has since gone on to condemn racism in America.

What is your favorite Nelson Mandela quote? Tell us @BritandCo!

Kat Armstrong
Kat has been a writer, social media maven and mom for longer than she's willing to admit. She's also spent time in front of and behind the camera, interviewing celebs, politicians and acting as a producer for fashion and artistic photography shoots. When she isn't writing for various orgs and publications, she's hanging with her kids, husband and French Bulldog, Peter, in Toronto, Canada.
Politics
Current Events
Politics twitter