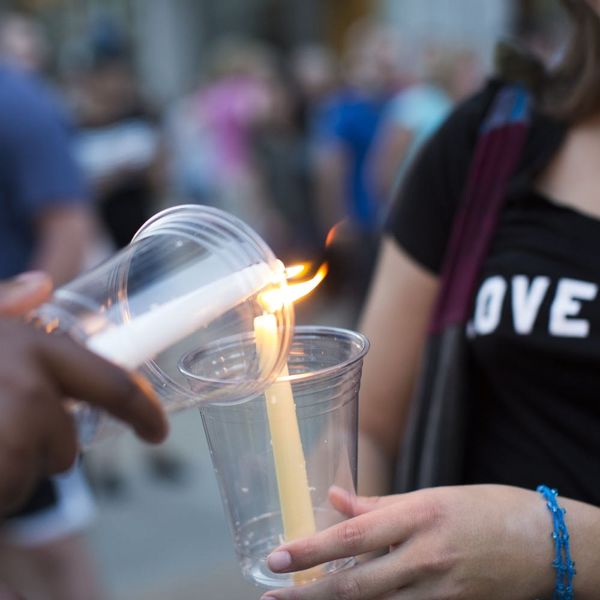 For a super short period at the beginning of his presidency, Donald Trump was Sally Yates’ boss — Yates was Acting Attorney General before Trump appointed current AG, Jeff Sessions. She was fired for a couple of reasons: one was that she’s been hired by President Obama; the other was that she had refused to back the Trump travel ban, arguing that there was a good chance that the ban wasn’t even legal. Then-Press Secretary Sean Spicer (more recently fired by Trump, but not for a lack of support for the president’s wishes, whims, and social media decrees) told the media, “Ms. Yates is an Obama Administration appointee who is weak on borders and very weak on illegal immigration. It is time to get serious about protecting our country.”

This weekend, following the domestic terrorist attack in Charlottesville, Virginia, Sally Yates showed that she was serious AF about protecting the country. Namely: the Americans who risked their own personal safety by standing up against the hate groups rallying in Charlottesville to send a message that white supremacy and racial intolerance are not welcome in their city.

One of the protesters, Heather Heyer, died in the attack, along with two other victims. Trump expressed his condolences to Heyer’s family, adding that the violence in Charlottesville came from “many sides,” and made a vague statement about hate, tweeting: “We ALL must be united & condemn all that hate stands for. There is no place for this kind of violence in America. Lets [sic] come together as one!” His response left a lot of people wondering why the president was so reluctant to speak out directly against far-right organizations and label the incident as terrorism.

For Yates (and many other Americans) the omission was simply unacceptable — so she posted her own message:

The poison spewed by Nazis, white supremacists, and the KKK is not who we are as a country. Takes less than 140 characters to say it.

The post has been retweeted nearly 60,000 times. Meanwhile, Yates’ successor, Sessions, has said that President Trump’s reaction to the violence in Charlottesville was “very strong,” telling the media that the president “totally opposes” white supremacism. The president has since issued the following statement as of Monday afternoon, over 48 hours after the violence began: “Racism is evil, and those who cause violence in its name are criminals and thugs, including the KKK, neo-Nazis and white supremacists and other hate groups that are repugnant to everything we hold dear as Americans.”

Tell us about a time when you stood up for what you believed in on Twitter @BritandCo.

Corrina Allen
Corrina Allen is a film + television + travel writer from Toronto. Her journalistic goals include a backstage interview with David Byrne, the fictional character she identifies most closely with is John Wick, and her favorite dead person is Vladimir Nabokov. She never, ever Instagrams photos of her food (just her dog).
Politics
Current Events
Politics