Behati Prinsloo Is Pregnant and Expecting Her Second Child With Adam Levine! 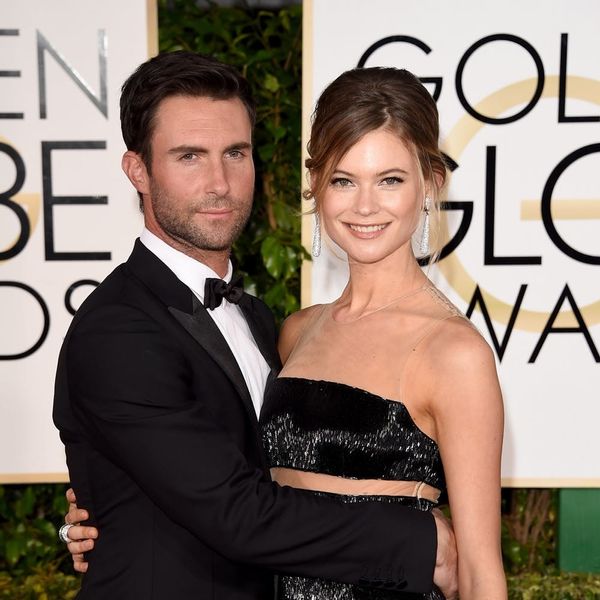 Congratulations are in order for Behati Prinsloo and Adam Levine! The model revealed on Instagram that she’s pregnant and expecting her second child with the Maroon 5 rocker.

Prinsloo bared her bump in a bikini, posing for a mirror selfie that she posted to Insta on Wednesday afternoon. “ROUND 2…” she wrote alongside the photo.

The happy news comes less than a year after Prinsloo gave birth to the couple’s first child, daughter Dusty Rose, on September 21, 2016. Levine previously joked that he wanted “like 17” kids with his wife. “Is that reasonable?” he quipped to E! News before Dusty’s birth.

Prinsloo, for her part, gushed about motherhood in an interview with People, saying she never knew it was possible to feel so much for one person. “I love Adam, and when you get married and you fall in love with someone, you think that there’s no greater love than that love,” Prinsloo said in August. “And then you have a baby, and it’s just next-level love.”

She continued: “You think there’s a limit to love — like, ‘This is the thing that I love the most’ — but honestly, I think what surprised me most is how intense that love is, and also how hard, at times, it is.”

Hard, but worth it. “I think for both of us, we’re just so obsessed with being a family and having a family — seeing this next step in our life,” Prinsloo told the mag. Of Levine, she added: “He’s such an incredible dad, and so excited to see her grow up. It’s so awesome.”

Did you or someone you know have kids close in age? Tell us @BritandCo!