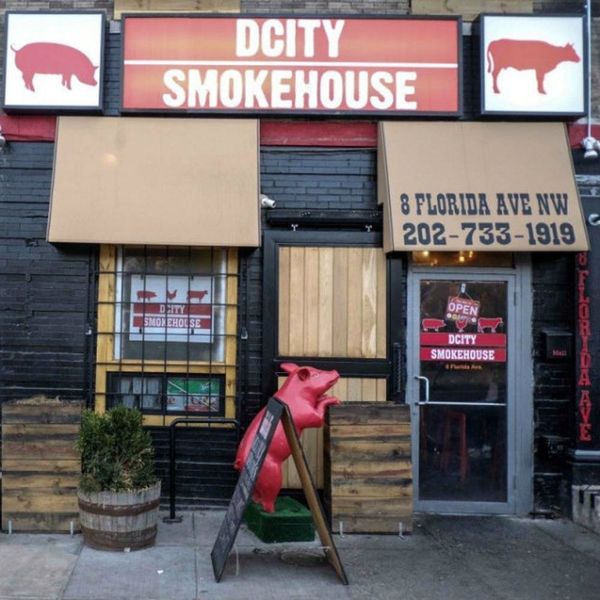 Uncover your grill and hit the farmers’ market because grilling season is officially upon us. There aren’t many things more tailor-made for warm summer months than sharing a meal with friends in the sun. But sometimes, you’d rather leave the cooking to the pros, especially during National BBQ Month. We scoured the US to find the top 10 joints with the best BBQ recipes across the nation. So put on your most comfortable athleisure pieces and grab some extra napkins, because these spots are serving up some seriously mouthwatering smoked dinners.

2. Saw’s BBQ: When Men’s Health names you the best BBQ in America, we’re going to take a second look. Next time you’re in Alabama, order Saw’s smoked chicken sandwich, complete with their signature white barbecue sauce, at any of their three Deep South locations. (Photo via Saw’s BBQ)

3. Chaps Pit Beef: Who says you can only find good barbecue in the south? This Baltimore-based restaurant proves otherwise. Their menu is lengthy, including everything from subs and sandwiches to hot dogs and hamburgers, but be sure to keep it classic and go for the pork BBQ sandwich. (Photo via Chaps Pit Beef)

4. House Park Bar-B-Que: This family-run operation can proudly proclaim that they’re the oldest barbecue in Austin, and they have the no-longer legal brick pit to prove it. Their food is cooked low and slow with no seasoning — other than what’s been left in the pit the past 73 years. Think about it as the ultimate cast-iron pan. (Photo via House Park Bar-B-Que)

Merry Christmas from all our family and wonderful staff! We're closed thru Dec 28 - back open on Tues Dec 29 #merrychristmas #holidaze #toyotathon #bbq #vacay

5. Franklin Barbecue: Is it really a barbecue list if we don’t include Franklin? Arguably one of the most well-known barbecue joints in America, this Austin-based, closed-on-Mondays spot is led by visionary Aaron Franklin. The restaurant is only seven years old, but consistently has hour-long waits. So grab your besties to keep you company in the queue while you’re waiting to dig in.

6. Peg Leg Porker: Grab your cowboy boots, because we’re heading to Nashville! Owner and lead barbecue master Carey Bringle was born into barbecue and took the family tradition to the masses with this massively popular and well-acclaimed barbecue joint. It’s just steps off Broadway Street, so there’s no good excuse to miss it. (Photo via Peg Leg Porker)

8. Podnah’s Pit Barbecue: Authentic Texas barbecue in the heart of Portland? Doesn’t sound right, but thanks to Podnah’s, incredible BBQ is a reality for Portlandia. Owner Rodney and his crew fire up the grill every morning at 5am to serve patrons freshly made barbecue until the goodness is gone. Until they wake up the next day to do it all over again. (Photo via @podnahsbbq)

9. Southern Soul Barbecue: One thing is for sure at this Georgia joint: You won’t leave hungry. A variety of menu options, including traditional ‘cue specialty sandwiches and soul-food sides, make sure there’s a little (or a lot) of something for everyone.

10. Hite’s Bar-B-Que: This South Carolina staple serves up barbecue to customers the only way they know how: using family recipes passed down through the generations. Don’t be discouraged by the nondescript exterior — this place is packed with flavor. Customers swear by the rib cut, but you’ll have to make a trip to West Columbia to taste it for yourself. (Photo via Hite’s Bar-B-Que)

Kelsey Nelson
Kelsey Nelson is a born-and-raised Ohioan living life in South Carolina. She thrives at binge watching Netflix, contemplating what to order at the bar and running any trail or road she can get her feet on. In addition to being a Brit + Co contributor, she writes about southern pleasantries, DIY mishaps and more at North Living South. If she isn’t writing or running, she’s off adventuring with her husband Brad and their Lab/Dachshund mix, Gordy.
road trip
Travel
road trip
More From Travel