The 15 Best Hair + Makeup Looks at the Grammys 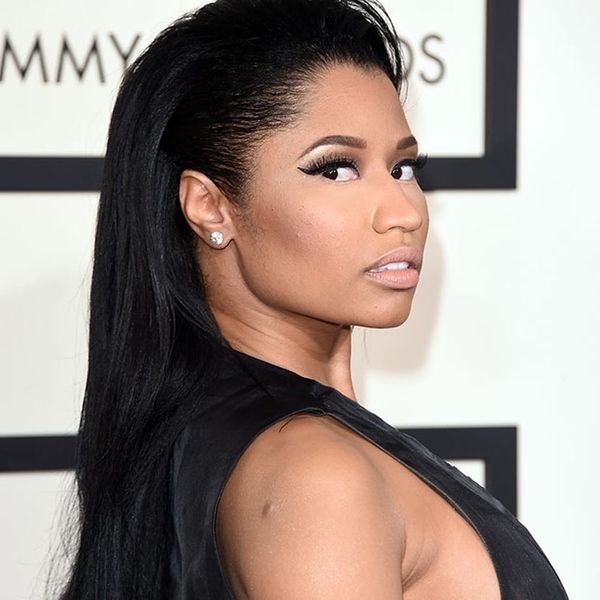 While some the music industry’s biggest names decided to go there with their Grammy Awards outfits (like the glorified bathrobe that was Kim Kardashian West’s dress and the track jumpsuit worn by Pharrell’s wife Helen Lasichanh), the honorees’ hair and makeup looks were across the board polished for tonight’s big event. The best of the best of the Grammys red carpet beauty channeled Hollywood glamour more than the typical anything-goes rock star vibe — think: Gwen Stefani without her signature red lip, Beyoncé with Chrissy Teigen beach waves and Katy Perry channeling the ‘60s in a completely wearable way — and the total departure from their concert-ready routines left us cheering for an encore. Scroll through to see your favorite music acts of 2015 looking more gorgeous than ever at the Grammys below.

1. Taylor Swift: While we wish Taylor would have taken her kind-of curls to bombshell levels (honestly, we’ve seen her hair look more interesting in some post-gym snapshots), we were nothing less than mesmerized by the “Shake It Off” singer’s colorful, dress-matching cat eye. (Photo via Jason Merritt/Getty)

2. Sia: Even underneath all that hair, the “Chandelier” singer can flaunt a perfect red pout. (Photo via Jason Merritt/Getty)

3. Rita Ora: Rita’s got our vote for best beauty look of the night. Every element of the “I Will Never Let You Down” singer’s look is flawless, from the fashion-forward feel of her choppy pixie cut to the over-the-top glamour of her metallic smokey eyes to the peach shade of her nude lips. (Photo via Jason Merritt/Getty)

4. Kim Kardashian West: The impeccably bronzed Mrs. Kardashian West shows that she too can pull of the messy lob with aplomb. We’re krazy about her shoulder length cut, which is only outshined (literally) by her bare chest.

5. Nicki Minaj: We hope there’s no going back from fresh-faced Nicki, whose bronze cheeks and frosty lips let her natural features shine (and make a pretty great canvas for that fierce graphic liner). (Photo via Jason Merritt/Getty)

7. Charli XCX: The “Boom Clap” singer kept her outfit’s playful mix of masculine-inspired style and feminine detail alive in her beauty look too by wearing a bright pink lip with bold brows and a slicked-back ‘do that oozes ‘tude. (Photo via Jason Merritt/Getty)

8. Beyoncé: Watch out Chrissy Teigen: Bey just might make you bow down to her epically long beach waves. (Photo via Jason Merritt/Getty)

10. Gwen Stefani: Let’s just say, we’re not missing Gwen’s signature red lip in the slightest. From her dewy skin to her shimmering eyeshadow, the “Baby Don’t Lie” singer’s version of frosty winter makeup is nothing less than stunning. (Photo via Jason Merritt/Getty)

11. Iggy Azalea: Shocking, but the most OMG-worthy hair moment of the night did not go to either Katy Perry or Lady Gaga. Instead the “Fancy” rapper took home that title with her Game of Thrones-feeling crown braid. (Photos via Larry Busacca/Getty)

12. Keltie Knight: The TV presenter’s long ponytail caught our eye with its segmented styling and hyper-teased finish (not to mention her swoon-worthy ronze color). (Photo via Jason Merritt/Getty)

14. Katharine McPhee: Besides getting us completely onboard with Team Brown Makeup, the red carpet cool girl had us gawking over one of the more unexpected hair moments of the night: her severely slicked-back down do that gave way to piecey curls, an effect heightened by Katherine’s two-toned hair. (Photo via Jason Merritt/Getty)

What were your favorite beauty looks of the night? Tell us about whose Grammys hair + makeup you’ll be stealing in the comments below.