This Is the US Airline Least Likely to Lose Your Luggage 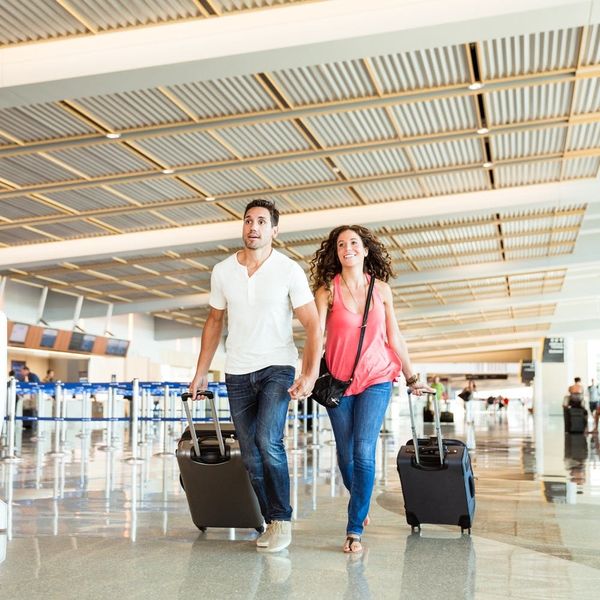 You’d be hard-pressed to find someone who says the best part of a trip is the flight they took to get there. But until hyperloop travel becomes a reality, we’re stuck with flying as the best way to get from work to vacation as quickly as possible. While the risks of getting stuck in a middle seat for an hours-long flight or having your luggage get lost in transit are part of the adventure, there are some airlines that cater to passengers better than others.

To help plan your next flight, The Points Guy just released their annual ranking of the best and worst domestic airlines. The site pulled 2017 data from a variety of sources (e.g., the Department of Transportation for statistics on lost baggage and customer complaints and a company called OAG for flight punctuality). They found that the airline with the best track record for not losing passenger luggage is Spirit Airlines, with Jet Blue and Alaska Airlines following closely behind.

Of course, what good is having your bags with you if your ticket costs more than your rent or the airline can’t get you to your bucket list destinations without a million stopovers? To get a well-rounded picture of the major US airlines, TPG used a 10-point-based methodology based on price, convenience, headaches, and extras. The criteria used included: airfare, bag and change fees, mishandled bags, routes offered, passengers “being bumped” from flights (denied boarding), on-time arrival rates, passenger complaints filed, number of airport lounges, cabin comfort (which includes in-flight food), and frequent flyer programs. Based on a weighted ranking of those factors, the top airlines, in order from best to worst are:

Alaska Airlines came out on top for the second year in a row, proving that the ongoing merger between Alaska and Virgin America (which was ranked #3 last year) has seemed to help strengthen the airline overall. It seems Alaska is taking a cue from the distinctly Virgin America flying style: There will be more of the signature mood lighting on their aircraft and upgraded onboard menus. And with the addition of Virgin’s routes, Alaska will have the most West Coast nonstop destinations of any airline.

Also rounding out the top 10 are a number of low-fare carriers. While price is weighted heavily in the ranking, cheap tickets don’t always translate to a quality flying experience. Southwest’s top rankings in customer satisfaction and lack of change and baggage (up to two pieces) fees helped bumped it up ahead of other low-cost carriers to the number two spot this year.

And despite being last on the list (primarily for pricey airfares and limited routes), Hawaiian Airlines ranked highest for on-time arrivals, providing a great excuse to escape to Hawaii, stat.

You can read more about all the airlines here and see the 2017 rankings here.