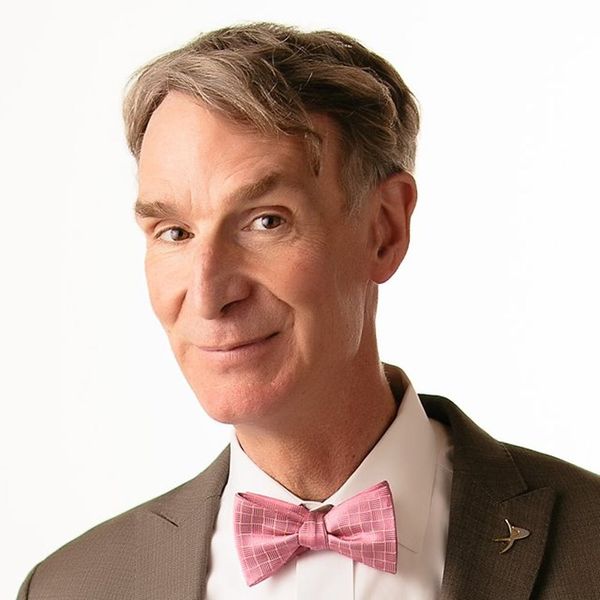 Netflix is not only aiming for world domination (at least when it comes to entertainment) with a second season of Stranger Things, a brand new Anne of Green Gables and a new Orlando Bloom-starring show that looks enticingly nice and “easy,” they’re now ready to literally SAVE THE WORLD. Bill Nye, the most famous science guy around, is getting his very own Netflix series, and it will be much more than just a few fun experiments with the chemistry set.

Bill Nye Saves the World, our fave nerdy dude’s first show in 20 years, will take a look at science (of course) and its impact on basically every aspect of our world, from politics to society to pop culture. Delving into topics from a scientific point of view, Bill will take fans along an enlightening adventure in each episode to dispel myths and take down anti-scientific claims (usually coming from politicians, religious people and big bad industry folks).

“Since the start of the Science Guy show, I’ve been on a mission to change the world by getting people everywhere excited about the fundamental ideas in science,” Bill said, according to the Hollywood Reporter. “Today, I’m excited to be working with Netflix on a new show, where we’ll discuss the complex scientific issues facing us today, with episodes on vaccinations, genetically modified foods and climate change. With the right science and good writing, we’ll do our best to enlighten and entertain our audience. And, perhaps we’ll change the world a little.”

Though it sounds like a series that leans to the serious side, we’re talking about Bill Nye here, the man who made science fun for an entire generation of kids, so the show will surely be more quirky than boring and more enlightening than frightening. Coming to Netflix in the spring of 2017, Bill Nye wants to save the world with one simple thing: Scientific facts. A+ idea.

Were you a Bill Nye the Science Guy fan? Are you excited to watch him in a new science-y show? Tweet us @BritandCo!

Desiree O
Desirée O is a ‘Professional Bohemian’ who loves anything and everything related to the arts, entertainment, and pop culture. She ADORES being a ‘Newsy’ for Brit + Co, covering all of the latest tidbits of awesomeness that you want to read about. When she’s not writing, she’s either making messy art, going on long adventurous walks with her camera, or poking around over at bohemianizm (http://www.bohemianizm.com/). You can find out about Desirée O and her work at http://DesireeO.com/ or follow her on Twitter @DesireeO.
Netflix
Pop Culture
Netflix science