This Is the Meaning Behind Blac Chyna’s New Tattoos 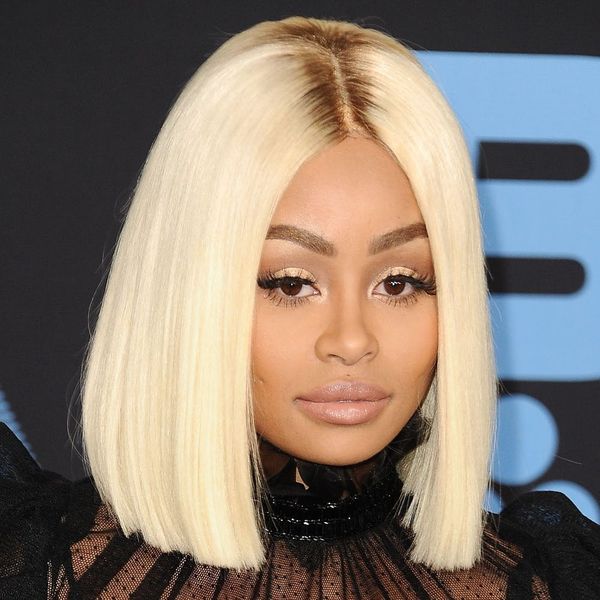 Getting tattoos about other people can be risky, especially if those people are significant others. Luckily, there are ways to fix it if you get one and things don’t turn out so well. You can either get it removed via laser or tattooed over (or both). Blac Chyna did the latter with one of her latest pieces.

The model and entrepreneur got two new tattoos on her hands. One reads “Dream,” for her 13-month-old daughter with her ex Rob Kardashian, and the other “King,” for her 5-year-old son with ex Tyga. “Dream” was actually inked over a previous tattoo that Chyna got for her ex-boyfriend Future. That one was removed with a laser, but as some fans noticed on a snapshot of the new pieces, you can still sort of see it.

#BlacChyna shows off her new tattoos of her kids names

Instagram user @balleralert posted a screenshot of Chyna’s Snapchat story, where people left comments like, “I agree with everyone the tattoo artist did a horrible job on these” and “Should of got the future tatt removed properly first.” However, some users pointed out that if you didn’t know the previous tattoo said “Future,” you wouldn’t be able to tell that’s what it was, only that there was something there before. Regardless, it’s unlikely that she’ll want to get rid of her kids’ names, so these tattoos are probably a safe bet.

What do you think of Blac Chyna’s new work? Tell us @BritandCo!

Shea Lignitz
Shea can be found in the nearest bookstore or brewery, exploring the great outdoors, or blasting Led Zeppelin. She grew up in the cold and rain of Northern California's redwoods but is currently wandering around Texas.
Celebrity Beauty
Beauty News
Celebrity Beauty Tattoos
More From Beauty News