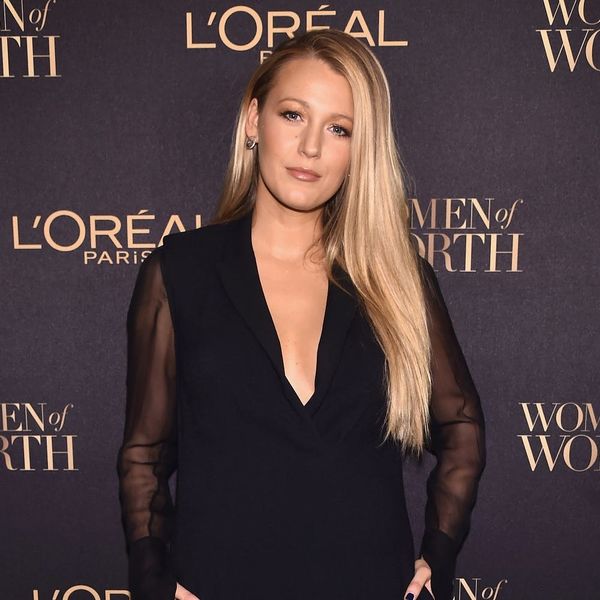 Oh, Blake Lively. She may be one half of Hollywood’s most adoring couple, but she also knows how to kick up controversy. Not only did she get married on a plantation (yep, she really did) and cause a firestorm with her Oakland booty comment, but now she’s raising eyebrows by claiming she’s Cherokee (granted, she’s not alone; Miley Cyrus, Johnny Depp, Cher and Bill Clinton have all said the same). Any bets on Blake being the descendent of a Cherokee princess?

Appearing in a recent L’Oréal commercial, Blake spins and smiles for the camera while explaining that she’s “English, Irish, German and Cherokee.” Now, she may in fact have a Cherokee background and some say she’s “revealing” and “celebrating” her “diversity,” but plenty of peeps feel that there’s no way Blake should be claiming that heritage (even in part), especially not for an ad.

um did i just hear blake lively say she is part cherokee in this l'oréal commercial????

Blake Lively has said shes part Cherokee in a L'Oréal ad. The girl who said she had "LA face with an Oakland booty" 🙄https://t.co/GIP4N18upK

Blake Lively in this L'Oréal commercial talking about Irish and Cherokee, etc. girl. You're White. Tf. Cherokee, my ass.

In a commercial for L'oreal's makeup, Blake Lively said "I am English, Irish, German and Cherokee" …..biiiiiiitch pic.twitter.com/k8ZMT3Ff8c

What do you think about Blake Lively claiming she’s part Cherokee? Tweet us @BritandCo!

Desiree O
Desirée O is a ‘Professional Bohemian’ who loves anything and everything related to the arts, entertainment, and pop culture. She ADORES being a ‘Newsy’ for Brit + Co, covering all of the latest tidbits of awesomeness that you want to read about. When she’s not writing, she’s either making messy art, going on long adventurous walks with her camera, or poking around over at bohemianizm (http://www.bohemianizm.com/). You can find out about Desirée O and her work at http://DesireeO.com/ or follow her on Twitter @DesireeO.
Blake Lively
Beauty News
Blake Lively