5 of Blake Lively’s Most Controversial Moments 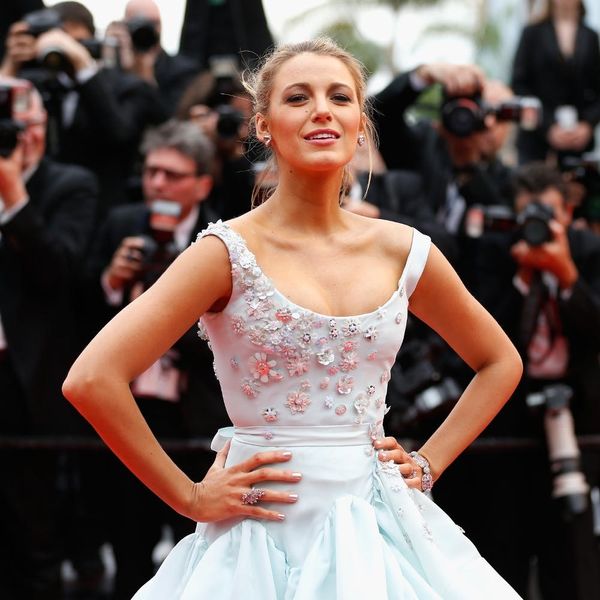 Blake Lively is no stranger to being the center of attention. From her top five looks at Cannes to her relationship with hubby, Ryan Reynolds, everything she does seems to end up front and center in this day of viral news and social media buzz. Unfortunately for Blake, not all of her moves are met with approval and at times are even subject to the nasty wrath of online commenters. Check out these five times Blake Lively stirred up trouble and decide for yourself if they were NBD or massive SMH moments.

1. Oakland Booty: Blake’s latest misstep was all about her “L.A. face with an Oakland booty.” The caption she posted along with a pic of herself from the front and one showing her from the back referenced Sir Mix-A-Lot’s ’90s “Baby Got Back.” But a heck of a lotta people weren’t happy, calling out Blake for being “racially insensitive” and “tone deaf.” Oof.

2. Defending Woody Allen at Cannes: “It’s amazing what Woody has written for women,” Blake said at Cannes while discussing her work on Woody Allen’s Café Society. When asked about the accusations that Woody Allen assaulted his young daughter, Blake said it wasn’t something she thought about. According to the LA Times, she responded with, “It’s very dangerous to factor in things you don’t know anything about. I could [only] know my experience. And my experience with Woody is he’s empowering to women.” Hoooo boy.

3. Runway Blocking Legs: There are hella rules when it comes to sitting in the front row of fashion shows, especially one on the level of a Michael Kors collection. Not crossing your legs if you happen to be one of the lucky front row viewers may seem like a silly rule until you realize that it means that photographers’ shots (which are pretty darn important for both the photogs and the designers) won’t be blocked by legs sticking here, there and everywhere. When Blake broke this rule by crossing her long legs and impeding the cameras’ views, she ticked off more than a few shutterbugs.

4. Baby-Wearing Snafu: When Blake posted a pic of baby daddy Ryan Reynolds carrying their little one, James, on their first Father’s Day, it was meant to be sweet and a little silly with the caption, “Happy Fathers Day!!! … @vancityreynolds Since the day our baby was born, I’ve felt so strongly in my heart that you were most likely the father. #ILoveYouSoMuchItsSilly” But there were lotsa commenters who looked past the message and instead saw that Ryan didn’t quite have the baby set up properly in the carrier. Quick to offer their *cough* helpful advice, there were plenty of peeps pointing out the first-time parent’s mistake.

5. Plantation Wedding: Blake Lively and Ryan Reynolds were married in 2012 at Boone Hall, near Charleston, South Carolina. The plantation (which would be a controversial place to get married just on that fact alone) even has an area with nine original slave cabins known as “Slave Street.” So, um, no.