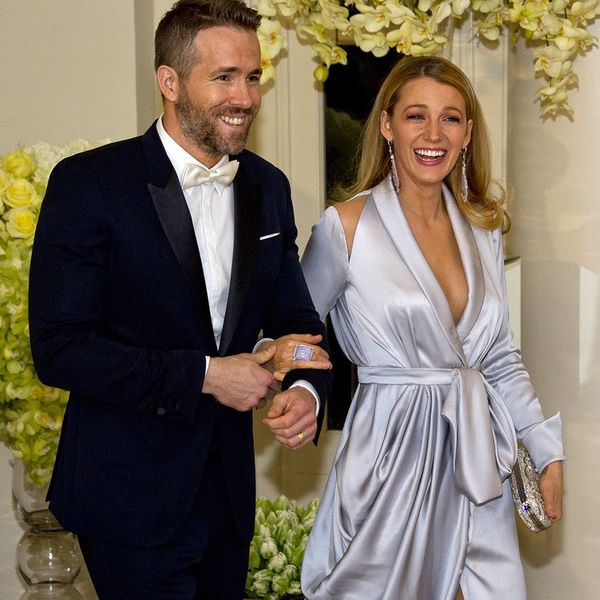 As far as funny Hollywood couples go, there are a few who immediately come to mind. Anna Farris and Chris Pratt, Emily Blunt and John Krasinski… I mean, Chrissy Teigen and John Legend are so cute there was almost a sitcom inspired by their relationship. However, all those duos had better watch their back because at this year’s MTV Movie Awards, Blake Lively and Ryan Reynolds shared a moment that made us seriously LOL.

While up on stage accepting his award for best comedic performance, Ryan gave a special shoutout to his wife. He told the audience, “I have been trying to get Deadpool made for over a decade and I failed, and it’s you the fans that got this made. The reason I’m standing up here is because of you guys, and we had a blast working on this movie, but it wasn’t all unicorns and cocaine… I’d like to thank Twentieth Century Fox, the Deadpool team, the entire crew up in Vancouver.” The real kicker came next when he went on to say, “I want to thank my wife. Everything I do is to make her laugh, especially the sex. Thank you.” Woah, we were definitely NOT expecting that much personal info from the notoriously private couple.

However, this isn’t exactly the first time the two have gifted us with some laughs. Blake shared a hilarious pic of the two of them back in February at a Deadpool event. In the photo, Ryan was seen getting a little, uh… handsy? Blake apparently thought it was hilarious though, as she captioned the Instagram, “Two Deadpools, one cup.”

The night started exactly as planned. But I take full responsibility for the denim condom. It was a mistake. pic.twitter.com/Uy1hXD34Bb

Ryan also took to Twitter a while back to share this AMAZING, Photoshopped snap of the couple disguised as Britney and Justin in those iconic, matching denim outfits. Blake and Ryan (Blyan, if you will), you two keep doing you. Just please remember to share with us on social media ;)