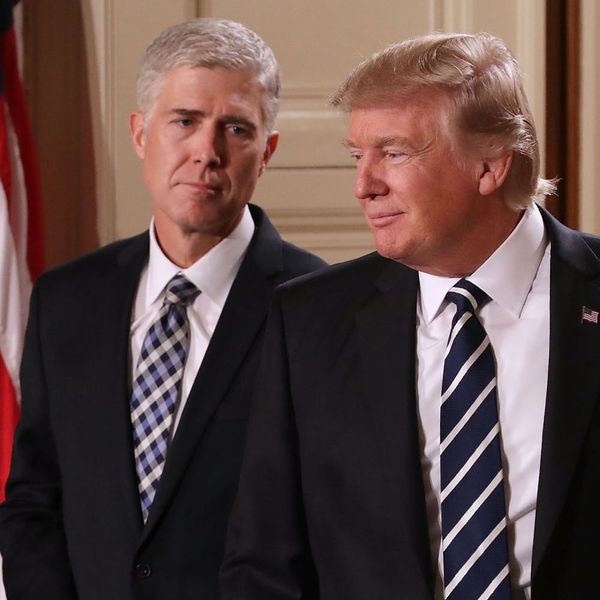 Just after 8:00 PM Tuesday evening in the East Room of the White House, President Donald Trump announced Neil Gorsuch as his Supreme Court nominee. If appointed, Gorsuch would take over the seat vacated by the late Chief Justice Antonin Scalia, who passed away suddenly last year.

Taking to Facebook Live to broadcast his announcement, Trump touted Gorsuch’s “extraordinary resume” and described his pick as a judge who “respects our laws, loves our laws and would interpret our laws as written.”

CNN reported earlier today that Trump had flown both Gorsuch and Thomas Hardiman — his top finalists — into Washington in advance of the announcement.

49-year-old Gorsuch has served on Colorado’s 10th Circuit Court of Appeals since 2006. He’s also a super similar follow-up to the ultra-conservative Scalia. Jeffrey Rosen of the National Constitution Center, a nonpartisan group dedicated to explaining the US Constitution, told Politico: “Like Justice Scalia, [Gorsuch] sometimes reaches results that favor liberals when he thinks the history or text of the Constitution or the law require it, especially in areas like criminal law or the rights of religious minorities, but unlike Scalia he’s less willing to defer to regulations and might be more willing to second-guess Trump’s regulatory decision.”

What do you think of tonight’s Supreme Court appointment? Tell us @britandco!