Brian Austin Green Doesn’t Care If People Don’t Like It When His 4-Year-Old Son Wears Dresses: “It’s His Life” 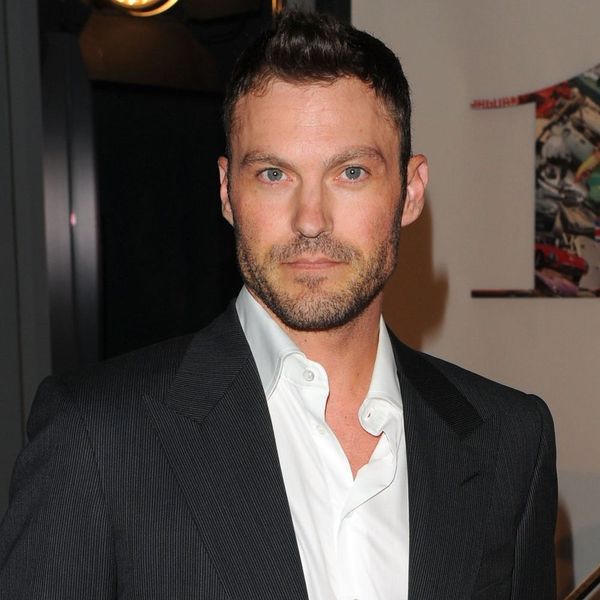 Former Beverly Hills, 90210 star Brian Austin Green has lived most of his life in the spotlight, so he has plenty of experience dealing with people’s unwanted opinions about him. In a new multi-part interview for YouTube’s Hollywood Pipeline, Green sat down with former TMZ host Dax Holt to talk about everything from how he learned to play the Hollywood paparazzi game to why he doesn’t care if people don’t like it when his four-year-old son wears dresses.

Though the actor tends to shy away from the internet as a whole, he does have an Instagram account (@arent_you_that_guy), which he shared with host Holt during their chat. While scrolling through his pics, Green stopped on a photo of one of his sons wearing a wig. (He and Megan Fox have three boys, Noah, Bodhi, and Journey; he also has a teenage son, Kassius, from a previous relationship.) Holt paused and asked Green about fans’ responses to son Noah wearing dresses, and his response was absolutely perfect.

“My son [Noah], you know, he’s four,” Green began. “And I’ve heard from some people that they don’t agree. They don’t agree with him wearing dresses. To them I say, you know, ‘I don’t care.’ He’s four and if he wants to wear it, then he wears it. And it’s dresses or goggles or slippers — whatever. It’s his life. They’re not my clothes. Obviously I don’t wear the nicest stuff — I’m wearing shorts and a T-shirt and a watch you got me.”

Green went on to say that he thinks four- and five-year-old kids should be having fun. “He’s not harming anyone wearing a dress, so if he wants to wear a dress, awesome,” he said. “Good on him.”

Green’s chill attitude probably stems from his understanding of the fame game. As he told Holt in a separate part of the interview, learning how to work with the paparazzi was one of his saving graces. He admitted that during his Desperate Housewives days, he would call a photog he knew to come snap pics on set, which enabled him to have more privacy later on.

Do you let your kids wear what they want? Tell us @BritandCo!