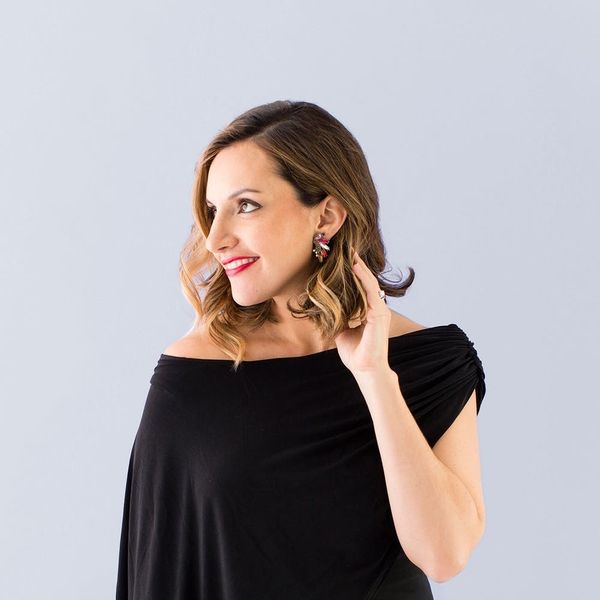 When it comes to new startup businesses, I’m sure you’ve heard it all — or at least feel like you have. From stereotypes to growth hacks to surviving (and thriving), every aspect of life in the tech/startup bubble feels like it has been analyzed.

As the founder of my own startup, I’ve experienced all of the ups and downs of being fully engrained and invested in launching a company and helping it grow. While there are moments full of stress and anxiety (and many, many sleepless nights), I wouldn’t trade my career path for any other. In fact, I’m incredibly passionate about mentoring other potential founders (especially the women out there — because we need SO many more of them!) on their path to becoming an entrepreneur.

Hiring is your #1 job as a startup founder or CEO. This is 100% your responsibility and should be your top priority. Do NOT ever fully delegate to recruiters. You will not be happy with the outcome. A mentor of mine, Marissa Mayer, once told me: “People. Products. Revenue. It all happens in that order.” What she means is that you don’t build a great product or revenue stream without having your biggest, most bad ass army of troops in place first. These people must not only be extremely talented at what they do, but it’s ideal if they can do it even better than you. In fact, other mentors of mine have told me that the goal of a CEO is to ultimately be the least busy and needed person in the room, because the rest of your team has taken over all of the important projects and is able to drive them forward without you. At that point, your job is simply to set the (correct) strategy, clear roadblocks, and maintain your people.

On the note of maintaining your people, one thing I will add is how crucial it is to develop a thick skin about those who may choose to leave the company. At Brit + Co, we’ve been fairly blessed with a high retention rate of employees. I am so thankful that our culture is one of such teamwork, creativity, ambition and playfulness — we still have many of our very early employees, which is a lot to say for a 4+ year old company with nearly 100 employees total.

But good people do leave, and it can sting at first. Afterwards though, you’ll likely find that for every great employee you have, there are many more just like them (or even better). There is a lot of great talent in the world, you just have to go and find it. Don’t get too emotionally caught up when one doesn’t work out.

2. Two Crucial Hires: Oftentimes, I get asked what I would have done different in the early days of building Brit + Co. My first response is: “I would have built a sales team sooner. The more early revenue you have, the more runway you have.” Instead, I waited nearly two years to hire our first sales person, thinking that we would build a great media product with lots of content first, and then focus on the business side of things later. While there’s definite reasoning to that approach, in the startup world, sometimes you just need dollars in the door to keep the lights on and to keep hiring people. It’s also much more attractive to show venture capitalists that you have both revenue AND an engaging product. So trust me when I tell you to figure out and execute your revenue strategy EARLY.

My second response is also about hiring: “I would have brought on a CFO even sooner.” This isn’t necessarily because I think all startups need a CFO in the early days (though that can be true if you have many business models and revenue streams, as we do), but it’s more because — to be quite honest — financial spreadsheets do not bring me much joy in life. Can I build them? Yes. Do I understand how to read them? Yes. But to me, they compare to doing the dishes. It’s something that must be done, but my time is much better spent focusing on things I actually enjoy doing and am good at — like creating content and building new products. Startups are already hard. Don’t make your life suck more by doing things you hate. Hire someone that loves doing them and does them even better than you, and a new wave of rainbows and happiness will come into your life. I promise.

3. A/B Test Everything: Yes, everything. As a startup, you are on a time clock to make your business work. You need as many answers about what’s working and what’s not as quickly as possible. And don’t be cagey about who gets access to data and who doesn’t. At Brit + Co, we are as transparent as possible with all of our employees — everyone has access to the numbers. Why? It helps them do their jobs even better! Eric Schmidt, former CEO of Google, once said: “It should go without saying — but it usually doesn’t, so I’ll say it — that data is best understood by those closest to the issue, which is often not management. As a leader, it is best not to get lost in details you don’t understand, but rather trust the smart people who work for you to understand them.”

4. Check Your Emotions at the Door: This one is a hard, but important lesson to learn. Launching your own company can lead to all sorts of outcomes — failures, mistakes, wins and more. All of those variables could inevitably lead you to a wide array of emotions, but you must keep those feelings in check, and somewhat bottled up, so you can focus on the big picture — growing your business and brand.

My emotions were all over the place in the early days of Brit + Co. One week, I would think we were taking over the world — we had incredible numbers, happy employees, and tons of traction! The next week, I would dread even going to work in the morning because we were so far off from our goal, our runway was getting shorter, and we lost a major sales deal. I honestly only think I have been able to conquer this issue because I’ve had to deal with it for so long now — it’s become second nature to have ups and downs. Now I know that I should never get too excited about positive momentum, nor too negative or worried when things aren’t going as well. You will be a much more solid leader for your team if you can maintain some sort of equilibrium.

One side note: while you shouldn’t give into the various ups and downs of your emotions, you definitely shouldn’t reject that inner voice that is pushing you to tackle projects you care deeply about. Coincidences are not coincidences — they can show you which way to go. So listen up and heed those voices in your head — the bigger the risk, the bigger the reward.

5. You Can’t Escape Decks: I know this is a random one, but man, you have to make a LOT of decks when you run a startup. I feel like I’m a Keynote Queen these days! But when I was first starting Brit + Co I didn’t realize just *how many* decks and slide presentations I would be making and giving. From board decks to partnership decks, creating beautiful slides with only key info (no fluff) has become a regular task. Thanks to the countless versions I’ve created and feedback I’ve gotten on templates and formats (i.e. use as little text as possible, and use numbers as often as you can), I can power through any and all deck prep with ease. It’s a weird CEO lesson learned, but one that has been the key reason we’ve closed so many partnerships and deals. They are the persuasive visual candy needed to truly sell an idea. If you aren’t great at making Powerpoint or Keynote decks yourself, read #1-2 above and go hire someone who can help you!