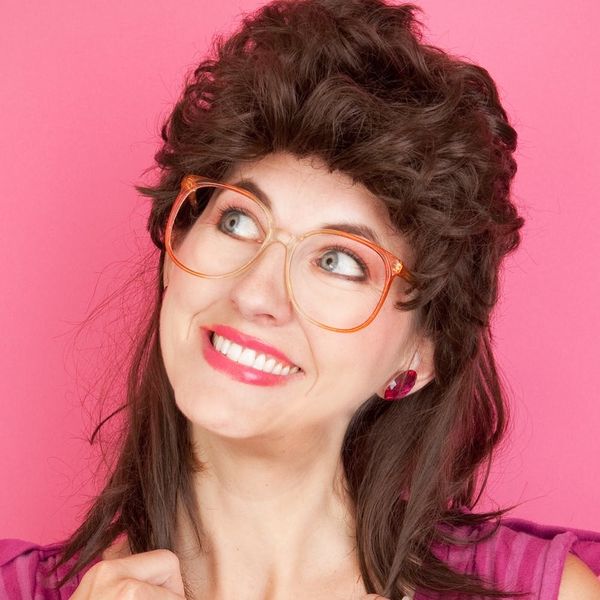 We’re all for bringing back a classic hairstyle (oh hey, crimped hair!), but we NEVER thought we’d see what is arguably the most controversial haircut of the ’80s — the mullet — make its way back into the spotlight. And yet, that’s exactly what one British hairstylist is doing as he breathes new life into the polarizing hairdo.

John Vial, a Revlon professional and co-founder of London’s Salon Sloane, describes himself as a “global influencer.” It’s a term that became especially relevant this past week when a photo of his latest hair creation quickly went viral.

The snap, which he captioned with the hashtag #MulletComeback, shows off a seriously futuristic ‘do made up of a super short blunt top which tapered down client Liliana Sanguino‘s head with a cutout of sorts straight down the middle.

The comments section immediately exploded with cheeky remarks like, “That’s some blade runner hair right there.”

As it turns out, Vial wasn’t finished, either: far from.

A couple of days ago, he took followers by surprise again, uploading an image of something he dubbed “The new ju do marine bowl,” which consists of his modern mullet dyed in various bright blue hues for a wild ombre effect that’s nothing short of a showstopper.

Welcome (back!) to the future!

What do you think of John Vial’s futuristic creations? Tweet us @BritandCo.

Barbara Pavone
Barbara Pavone is a pop culture-obsessed writer based in beautiful (but ridiculously cold) Montreal, Canada. When she's not working, she's sipping on a Pimm's Cup and daydreaming about her celebrity hero, Saint West.
Hair
Hair
Hair Hairstyles
More From Hair