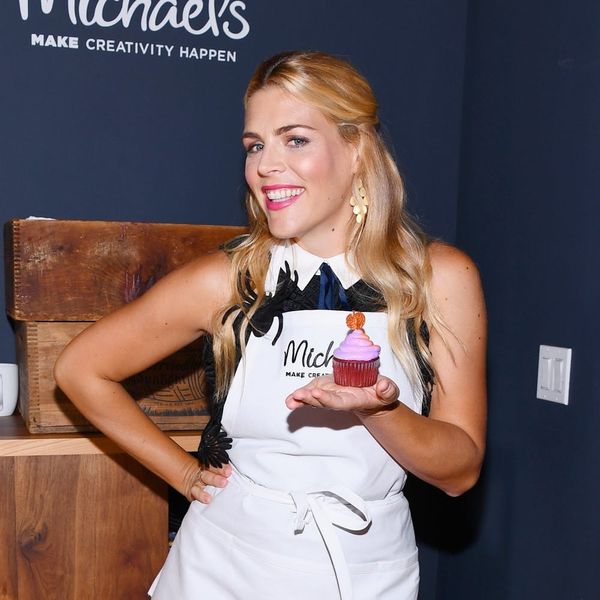 Baking is a delicate process. Even if you follow a recipe to a tee, things don’t always go according to plan: Just see these Pinterest fails as proof. Busy Philipps, who’s quickly catching a rep as one of the most relatable actresses in Tinsel Town thanks to her hilarious Instagram stories, feels our pain. In fact, she has a story that just may be the most epic baking fail ever.

At the Michaels’ Make and Bake event showcasing new baking products at the craft store’s NYC headquarters on Thursday, Philipps admitted to People that she’s not always the perfect baker. When her daughter Birdie turned four, she had created a fantasy Rapunzel cake tower that went over like gangbusters.

Needless to say, the pressure to top herself was high when Birdie turned five. “She wanted a similar cake for her next birthday but she wanted like a fairy house tower,” said Philipps. Except things didn’t quite turn out that way.

My cake skills are no joke!! I made this BY MYSELF! Get in there and bid! http://t.co/I3SD7rlL pic.twitter.com/xqkhhElr

“I did it, but I used a different recipe for the icing, and there was a heat wave in Los Angeles that year. It was the perfect storm of things and the cake melted. It completely fell apart and it just legitimately tumbled to the table in an epic fashion.” Oh no!

I asked Cricket if she knew what F-O-U-R spelled and she confidently said "YES! MOANA!" 😂😂😂

With the cake slip-sliding around the table, Philipps and her sister attempted to save it before quickly realizing it was too late. “I was getting upset, then I realized it’s just a cake and the kids don’t care,” she said. “They could still eat it, so it was fine, but the whole thing slid off and my sister was trying to like hold it up with sticks and she was getting skewers out and chop sticks and trying to help me. It was a lost cause.”

The messy cake hasn’t changed her feelings on baking with her family, though. “What’s fun about baking things with your kids is it’s about the process,” she said. “You don’t have to post it on Pinterest. It doesn’t have to be Instagram-worthy. You can just do it for the experience of making something with your kids and having a fun time. Even if it ends up looking like a hot mess, at least you had fun.”

Hear, hear! After all, isn’t it the thought that counts?

Kat Armstrong
Kat has been a writer, social media maven and mom for longer than she's willing to admit. She's also spent time in front of and behind the camera, interviewing celebs, politicians and acting as a producer for fashion and artistic photography shoots. When she isn't writing for various orgs and publications, she's hanging with her kids, husband and French Bulldog, Peter, in Toronto, Canada.
Baking
Celebrity News
Baking
More From Celebrity News