Camila Cabello Was Moved to (Happy!) Tears by What Shawn Mendes Said About Her 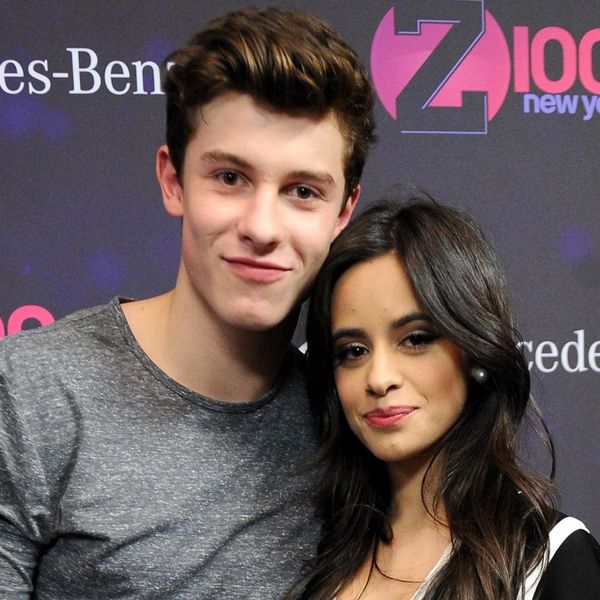 Shawn Mendes and Camila Cabello have the sweetest friendship. The “Stitches” singer recently gushed about the “Havana” performer in a radio interview, and his kind words made Cabello cry.

“She’s my favorite person in the whole world,” Mendes told Beats 1 personality Zane Lowe. “I don’t think you’ll ever meet somebody who can feel emotion like her, in all aspects. She can feel hurt like no other, but she can feel love like no other.”

Mendes and the former Fifth Harmony singer became friends while collaborating on 2015’s “I Know What You Did Last Summer,” and have not been shy about letting the world know they’re BFFs.

“I remember when we wrote ‘I Know What You Did Last Summer,’ in the studio with her, just like, her love for what she believed in was just so powerful that it kind of just pushed me,” he told Lowe.

"I don't think you'll ever meet somebody who can feel emotion like her, in all aspects. She can feel hurt like no other, but she can feel love like no other." – @ShawnMendes on @Camila_Cabello.https://t.co/pJ7Myw3DId#MendesArmy #Camilizers pic.twitter.com/s5Whpm0cGp

His words made it back to Cabello, who hopped onto Twitter to share that her friend’s sweet words had moved her to tears. “I shouldn’t be crying at this time in the morning but I AM,” she wrote. “I love you SO much @ShawnMendes.”

i shouldn’t be crying at this time in the morning but I AM 😭💜😭 i love you SO much @ShawnMendes https://t.co/j2PvatM25I

Beyond collaborating together, Cabello and Mendes share their work in other ways, too. According to Seventeen, he told 103.5 KTU that she was the very first person to hear his new song “In My Blood,” as well as other tunes from his upcoming album.

“She was the first to hear all of my singles. … I treasure her opinion,” he said, confessing that Cabello was allowed to listen to the album even before his family. “They didn’t hear it until a couple of weeks ago. I kind of held out on them, and they were not happy with me,” he said. “I always want to make sure things are at the best possible place they can be before they hear, even though I’m sure they would like it either way.”

What’s the nicest thing a friend has ever said about you? Let us know @BritandCo!