Cardi B to Join Jennifer Lopez and Constance Wu in New Movie, ‘Hustlers’ 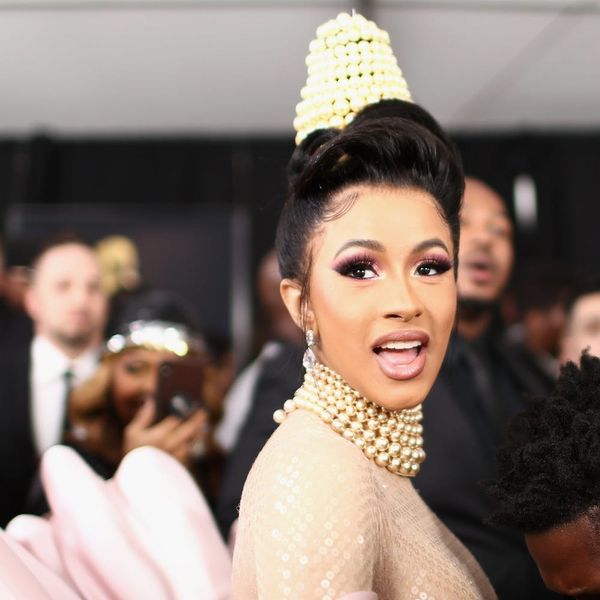 Cardi B is at the top of her game, so it was only a matter of time before she signed on for her first feature film. Well, it’s officially happening. According to Deadline, the forthcoming STX release will be called Hustlers and is set to bring together Jennifer Lopez (Second Act), Lili Reinhart (Riverdale), Constance Wu (Crazy Rich Asians), Julia Stiles (Silver Linings Playbook), and Keke Palmer (Scream Queens). Can we get our tickets now?

The film was reportedly inspired by a 2016 New York Magazine article. Set in the aftermath of the 2008 financial crisis, it follows former strip club employees who team up to “turn the tables on their Wall Street clients,” according to Variety.

Oscar-winner Mercedes Ruehl (The Fisher King) will also appear in the movie while Mette Towley (Cats) and Trace Lysette (Transparent) are apparently in negotiations to join the project that is being helmed by writer-director Lorene Scafaria (Nick & Norah’s Infinite Playlist).

“We could not have asked for a more exciting or talented lineup of performers to join our cast,” said Chairman of STXfilms Adam Fogelson in a statement. Strong agree!

The movie will mark a reunion for Cardi B and Jennifer Lopez, who collaborated on Lopez’s 2018 track, “Dinero.” Lopez is also co-producing the film along with the duo that worked with her on Second Act, Elaine Goldsmith-Thomas and Benny Medina. Fogelson added that he’s excited that they would be teaming up again to “bring this unexpected, entertaining, and often shocking story to the big screen for audiences worldwide.”

Fogelson continued, “I’m thrilled to have the opportunity to work with this dynamic group of women. We’re grateful to have assembled such a powerhouse cast and can’t wait to start filming at the end of the week.”

The movie will begin filming in New York City on March 22, but there’s no news yet on when Hustle will hit theaters.

Desiree O
Desirée O is a ‘Professional Bohemian’ who loves anything and everything related to the arts, entertainment, and pop culture. She ADORES being a ‘Newsy’ for Brit + Co, covering all of the latest tidbits of awesomeness that you want to read about. When she’s not writing, she’s either making messy art, going on long adventurous walks with her camera, or poking around over at bohemianizm (http://www.bohemianizm.com/). You can find out about Desirée O and her work at http://DesireeO.com/ or follow her on Twitter @DesireeO.
Celebrities
Movies
Celebrities Movies Music