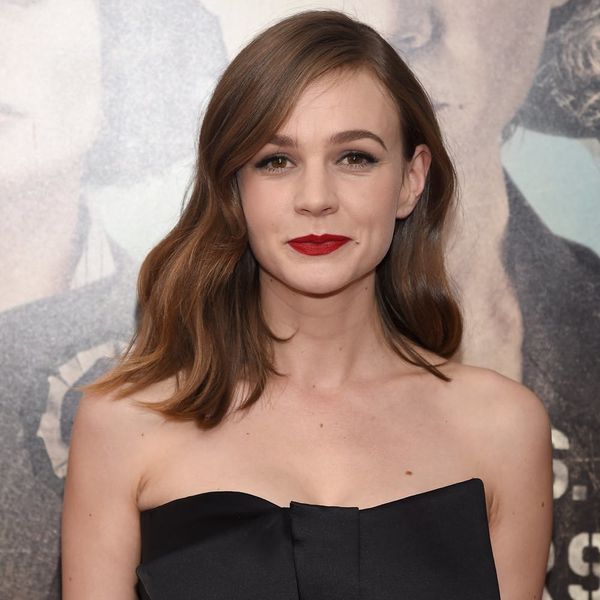 Uber-talented actress Carey Mulligan and her equally accomplished musician husband, Marcus Mumford of Mumford and Sons, welcomed a baby girl last month. The couple wed in April of 2012 after a brief five-month-long courtship and announced they were expecting this past June. While many of us might have predicted that this artsy pair would have gone with a wildly creative baby name, the superstar couple actually chose a charmingly traditional name instead. During the premiere of her new film Suffragette, the proud mama revealed that she and her husband had named their daughter Evelyn.

According to Nameberry, Evelyn means “wished for child,” which is simply adorable in our opinion. The name is English in origin, just like both proud parents. It was also wildly popular 100 years ago when it topped the baby name charts at #12, and is back again as the 13th most popular name for baby girls.

During an interview with Entertainment Tonight, Carey revealed that there was no real inspiration behind the name and that “she just came up with it.” Sometimes, when true inspiration strikes, you don’t even see it coming.

Check out the interview clip below.

Kimberly Wang
Kimberly Wang writes about all things pop culture, tech, style, and beauty. She's a Bay Area transplant and has an MFA in Creative Writing from Columbia University. On a sunny New York day, you can find her hanging out with her mini schnauzer Isabelle Jellybean on a blanket in Central Park.
Moms