12 Celebrity Couples Who Got Engaged After Six Months or Less 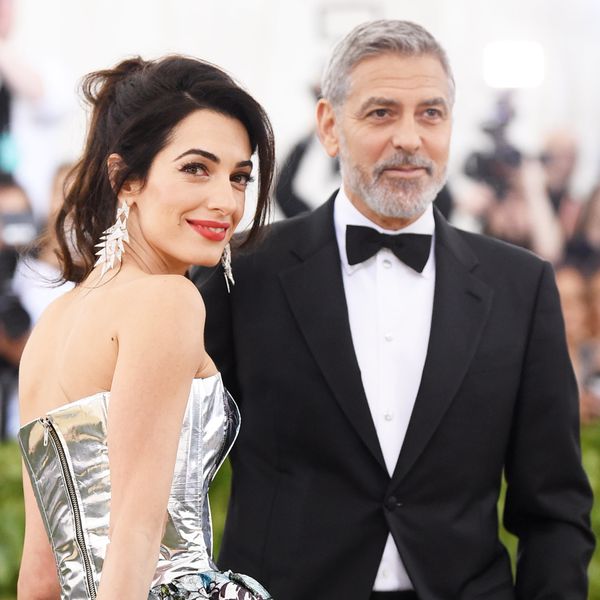 Ariana Grande and Pete Davidson's reported engagement after just a few weeks of dating came as a shock when it was reported on June 11, but they're not the only ones who rushed to put a ring on it. As the saying goes, when you know, you know — and these celebrity couples knew very early on in their whirlwind courtships that they wanted to walk down the aisle. Not all of the relationships have stood the test of time, but a few are still going strong years later. Click through to see 12 pairs who got engaged after six months — or less! (Photos via Jason Merritt/Getty Images + Jamie McCarthy/Getty Images + Dia Dipasupil/Getty Images)

Nick Jonas and Priyanka Chopra: According to multiple reports on July 27, the "Jealous" singer proposed to the Quantico star on her birthday, just two months after they were first linked romantically. Their friendship goes back much longer than that, though: They actually walked the red carpet together at the Met Gala in May 2017. (Photo via Mike Coppola/Getty Images for People.com)

Ariana Grande and Pete Davidson, 1 month: The "No Tears Left to Cry" singer and the Saturday Night Live star, both 24, were first linked as a couple in May 2018, after Grande broke up with rapper Mac Miller and Davidson split from his longtime girlfriend Cazzie David. They made their relationship Instagram official on June 1, and on June 11, several outlets reported that the lovebirds were engaged. (Photos via Neilson Barnard/Getty Images + Bryan Bedder/Getty Images for Samsung)

Khloé Kardashian and Lamar Odom, 1 month: Kardashian and Odom met at a party in August 2009, got engaged a few weeks later, and married on September 27 — one month to the day after they first laid eyes on each other. In June 2017, during an interview on The Wendy Williams Show, the former Los Angeles Lakers player opened up about meeting Kardashian at a party, saying, "I didn't even know who she was when I met her. I went up and spoke to her, introduced myself. I fell in love. She's a beautiful person, inside and out." They were married for four years before Kardashian filed for divorce on December 13, 2013. (Photo via Michael Buckner/Getty Images for AXE)

Britney Spears and Kevin Federline, 3 months: Spears started dating backup dancer Federline in April 2004, and by late June of that same year, they were engaged. Their wedding ceremony took place in September 2004, although pre-nup negotiations held up their actual marriage until October 6. The couple welcomed two sons while they were together, but divorced in July 2007. (Photo via Frazer Harrison/Getty Images)

Kaley Cuoco and Ryan Sweeting, 3 months: The Big Bang Theory star and the tennis pro got engaged in September 2013 after dating for just three months. They married another three months later, on December 31 of that same year. Ultimately, however, their romance wasn't meant to be, and in September 2015, they announced through a rep that they had split after 21 months of marriage. She's now engaged to Karl Cook, whom she's been dating since 2016. (Photo via Frazer Harrison/Getty Images for The People's Choice Awards)

Rob Kardashian and Blac Chyna, 3 months: Kardashian and Blac Chyna were first linked in late January 2016, when she posted an Instagram pic of what appeared to be the two of them together. Things moved quickly from there, and by April they were engaged. They welcomed daughter Dream on November 10, 2016, but called off their wedding early the next year. (Photo via Greg Doherty/Getty Images)

Katy Perry and Russell Brand, 4 months: The singer and the comedian announced their engagement in January 2010, just a few months after sparks flew at the 2009 MTV VMAs. They married in a traditional Hindu ceremony in October 2010 but split 14 months later. "It's a bit difficult to tell what's going on in such a situation," Brand said of their short-lived marriage in an interview on The Wendy Williams Show in 2017. Still, despite the fact that it didn't work out, he said their relationship was "a very, very wonderful time." (Photo via Jason Merritt/Getty Images)

Carey Mulligan and Marcus Mumford, 5 months: The Great Gatsby star and the Mumford & Sons singer were childhood pen pals — how cute is that? — who reconnected as adults in 2011, when Mulligan accompanied her friend Jake Gyllenhaal to a secret show Mumford was playing in Nashville. Five months after they started dating, they got engaged. They are now the parents of two kids. (Photo via Ian West/WPA Pool/Getty Images)

Amal Alamuddin and George Clooney, 6 months: After his divorce from Talia Balsam, Clooney swore he would never marry again. But his feelings changed when he met human rights lawyer Alamuddin in September 2013. Their official first date was that October, and six months later, the actor popped the question — though the proposal didn't go as smoothly as he hoped it would. "I got down on my knee and said, 'I couldn't imagine spending the rest of my life without you.' And she kept looking at the ring and she was looking at me and she was like, 'Oh my God,'" he recalled to Ellen DeGeneres. "And we now know, because there was a playlist, so we know how long it actually took, and it was like 25 minutes. Finally, I literally said, 'Look, I hope the answer's yes, but I need an answer 'cause I'm 52 and I could throw out my hip pretty soon.' And she said, 'Oh, yes,' and it worked out really well." The two married later that year and in June 2017 became parents to twins Ella and Alexander. (Photo via Jamie McCarthy/Getty Images)

Sofia Vergara and Joe Manganiello, 6 months: On Christmas Day 2014, just six months after they started dating, the Magic Mike actor proposed to the Modern Family star while they were on vacation in Hawaii. "We realized very early on that we each had to put the other person's happiness and well-being ahead of our own," Manganiello told HOLA! USA. "Once you realize that kind of trust has manifested, you hang on for dear life. Or in my case, you go and buy a ring." (Photo via Dia Dipasupil/Getty Images)

Avril Lavigne and Chad Kroeger, 6 months: The two Canadian musicians met in February 2012 while co-writing a song for the "I'm With You" singer's fifth album. Six months later, on August 21, Lavigne's rep confirmed that they were engaged. Their marriage lasted two years, but Lavigne announced their separation in September 2015, saying in a statement, "Through not only the marriage, but the music as well, we've created many unforgettable moments. We are still, and forever will be, the best of friends, and will always care deeply for each other." (Photo via Jason Merritt/Getty Images)

Kim Kardashian and Kris Humphries, 6 months: The KUWTK star made her first public appearance with Humphries in November 2010, just days after she was spotted at one of the NBA player's games. Six months later, in May 2011, they confirmed their engagement. Their wedding in August of that year was filmed for her family's reality show, but 72 days after saying "I do," Kardashian filed for divorce. She later revealed that she'd had doubts before walking down the aisle. "The night before, my mom pulled me aside, off-camera, and was like, 'This isn't it for you. Why don't you go away and I'll handle it?'" she told The Hollywood Reporter in 2017. (Photo via Dimitrios Kambouris/Getty Images)